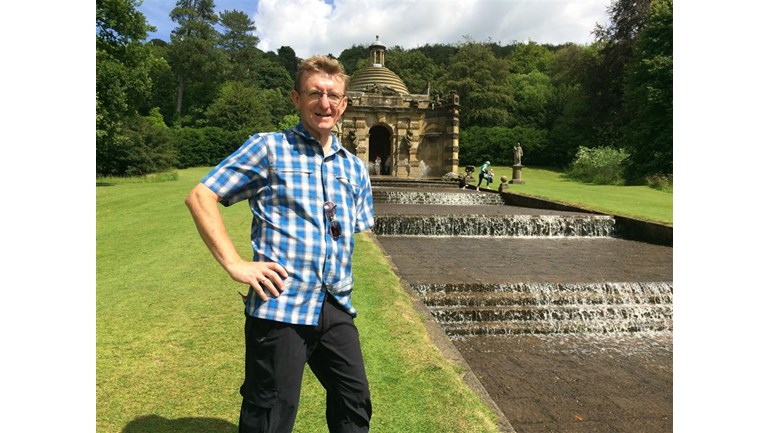 On the first anniversary of his death I will be walking from our home in Llandudno Junction to his office in Manchester.  A total of 80 miles in 6 days to raise as much money as possible for St David's Hospice, without who's help and brilliant care we simply wouldn't have coped.

Andrew was first diagnosed with cancer at the age of 17. He lost his left arm and then had months of chemo to reduce a secondary tumour in his lung. He spent his 18th birthday in hospital having half a lung removed.  He was only given a small survival rate, but through sheer determination and courage he managed to beat it and was clear from cancer for 30 years.

When Andrew was 48 he was diagnosed with stomach cancer.  He had to have half his stomach removed and then more chemo.  Again he was clear for 3 years.  At 51 the cancer returned in Andrew's abdomen.  He went through more chemo, radiotherapy and self funded immunotherapy.

Andrew lost his battle with cancer on the 2nd April 2016 in St David's Hospice with me lying by his side.

I never once heard Andrew complain about the treatment or ask "why me?"

He fought this horrible disease with such strength, courage and dignity.

Charity Registration No. 1038543
Find out more about charity fundraising