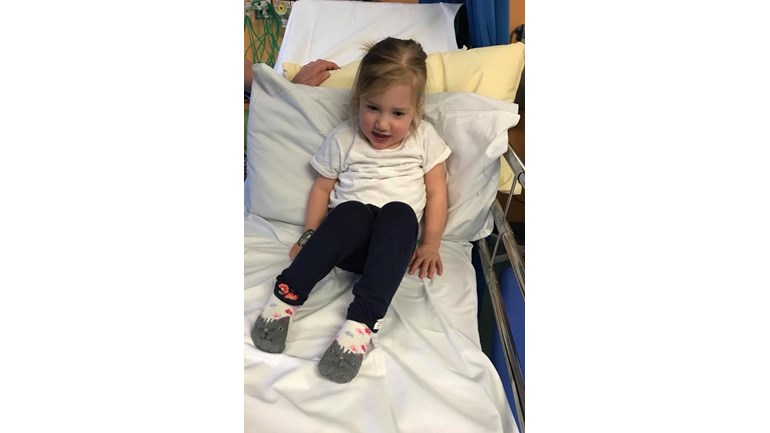 Fundraising for The Dorset Children's Foundation

We raise money for sick & disabled children to improve the quality of their lives.

Cerys Emilia was born in July 2015 and came into the world 9 1/2 weeks early! Cerys spent her first few weeks in 2 hospitals, but went from strength to strength each day. Cerys continued to develop and slowly reached her milestones.

In April 2017, our fears were confirmed by her specialist that she had Bilateral Cerebral Palsy, which is worse on her right side.

Since her diagnosis Cerys has attended physio and occupational therapy sessions and works very hard at everything that is thrown at her.

There is an operation called an SDR (Selective Dorsal Rhizotomy) which Cerys could have to reduce the spasticity in her legs and help to improve her walking. Cerys has been referred to Bristol Hospital, one of 4 in the UK that do the operation privately as it is not currently funded by the NHS.

Quote from Scott Akam founder of The Dorset Children's Foundation:

We have helped 5 children over the last 5 years have this operation and they have all shown great improvement, even children who were wheelchair bound. The children have to work very very hard afterwards and go through 2 years of intensive physiotherapy, usually starting at up to 3 times a week. This also is not funded by the NHS because the operation isn't free. But the result is more than worth the effort and money spent.

TEXT TDCF16 £1/£5/£10 to 70070 The Dorset Children's Foundation was set up with the sole purpose of helping improve the lives of sick and disabled children. All our overheads are covered by our charity shops and online sales. Every penny you donate via JustGiving goes directly to your chosen cause.

Charity Registration No. 1150538
Find out more about charity fundraising