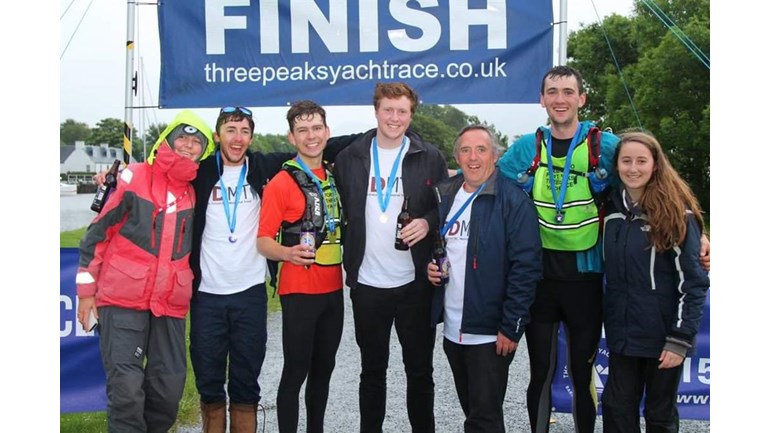 We support wounded Forces and families to improve their lives

Ben, Daniel, Robert, Tiffer  and Toby will be competing in The Three Peaks Yacht Race, sailing from Barmouth to Fort William, calling at Caernarfon and Whitehaven where Ben and Daniel will run to and up Snowdon, Scafell Pike and Ben Nevis.
We would be grateful for your support to raise money for the Lt Dougie Dalzell MC Memorial Trust (DDMT). This is a charity set up in memory of our cousin. The trust was established in January 2011 and supports soldiers and their families.
Dougie Dalzell served as a lieutenant in the Coldstream Guards.  On 18 February 2010, his 27th birthday, Dougie lost his life in Afghanistan.
Dougie was a kind-hearted colleague, friend and cousin. The amazing work that DDMT has done already is an impactful legacy that Dougie would have been proud of.
Please take a look at the DDMT website for more information on the great work they do:
http://www.dougiedalzellmemorialtrust.co.uk/

To see more about the race:

The Lt Dougie Dalzell MC Memorial Trust seeks to assist persons who are currently serving or have served in the Armed Forces, and their dependants, and thereby improve the quality of life of soldiers who have given so much for their country.

Charity Registration No. 1140415
Find out more about charity fundraising