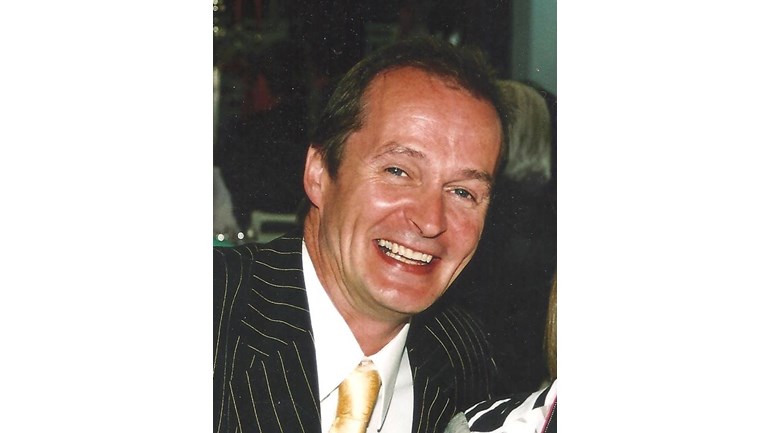 The Bloodwise charity funds life-saving research to improve the diagnosis and treatment of blood cancer.

The charity is close to my family’s heart after my beautiful husband and Niamh’s dad, Simon, lost his battle with acute myeloid leukaemia (AML) early in November, 2015, aged 55.

Simon was diagnosed with AML, a life-threatening blood cancer, in February 2015 and underwent two months of grueling chemotherapy followed by a month at home, ahead of more intensive chemo and a stem cell transplant at Nottingham City hospital in May. Initially, things looked positive, he was home by June, his condition seemed to improve and he had even recently dared to hope about getting the all-clear and returning to work.

But in early October Simon was readmitted to hospital. He had relapsed. The fact that his cancer was extremely aggressive meant it could not be treated. He passed away peacefully on November 3rd.

Although there were many times when the side effects of his drugs, treatment, and countless blood transfusions left Simon feeling physically and mentally shattered, he fought bravely to overcome his condition. Graft versus host disease was one of the complications he encountered. But he faced up to it with his usual cheery, positive spirit, drawing on the overwhelming love and kindness shown by family and friends.

The more we can understand this cruel disease and its causes, the more we can improve the chances of survival for sufferers. Thanks partly to the work done by charities like Bloodwise my mum’s rare blood cancer has been kept at bay.

To celebrate Simon’s life and love for music, we are planning to hold a big fundraising gig in early January 2016 in Hitchin, Hertfordshire, where he grew up, partied, and still has many friends. We would love you to be part of that. Details will be announced in due course.

Blood cancer is the fifth most common cancer in the UK.

An average of 104 people in the UK are diagnosed with blood cancer or a related disorder each day.

Blood cancer is the third biggest cancer killer in the UK. A total of 14,000 people lose their lives to blood cancers and related disorders in the UK each year.

Blood cancer is the most common cancer in children and young adults.

Leukaemia is a blood cancer that affects white blood cells, which are an important part of the immune system that fights infection.

About 8,200 people are diagnosed with leukaemia each year in the UK - more than 22 people every day.

About 2,400 people get acute myeloid leukaemia (AML) each year in the UK - about six people every day.

Only 15% of people with AML survive to five years - one of the lowest survival rates for leukaemia.