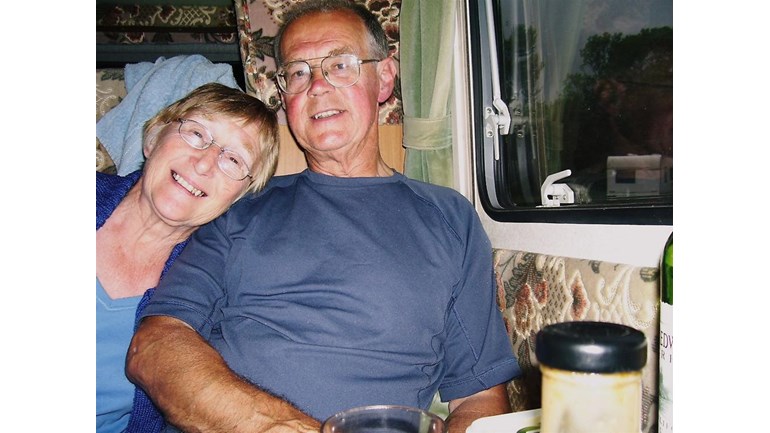 Derek is the father of Tailor Ed's project worker, Kate. He is walking from the Scottish border to Oban, raising money for Tailor Ed Foundation during the summer of 2010.

As a retirement project Derek and his wife, Trish, decided to walk and see Britain. This was inspired by the TV film 'First and Last' in which Joss Ackland starred and walked from Lands End to John O'Groats.

Derek came up with the idea of walking from cathedral city to cathedral city - all the grand processional and anglo-saxon ones. This way they would be seeing more of the country.

Over the last 6 years they have covered England and Wales and on June 24th 2010 they crossed the border into Scotland.

Since they began this project, their daughter, Kate, started work at Tailor Ed and they thought that perhaps they could help support the charity by being sponsored in this.

Derek usually walks about 5 days out of 7, in the morning, covering between 6 and 12 miles. The distance covered is governed by the location of campsites. Whilst Derek is walking, Trish packs up the van and lunch and meets him at the next site. In the afternoons they visit things of interest in the area.

We have been supporting families in Edinburgh with day to day challenges for the last 8 years. Our wish is to see children with autism and their families empowered and included, able to live the lives they want to and access all the day to day experiences that other families take for granted.