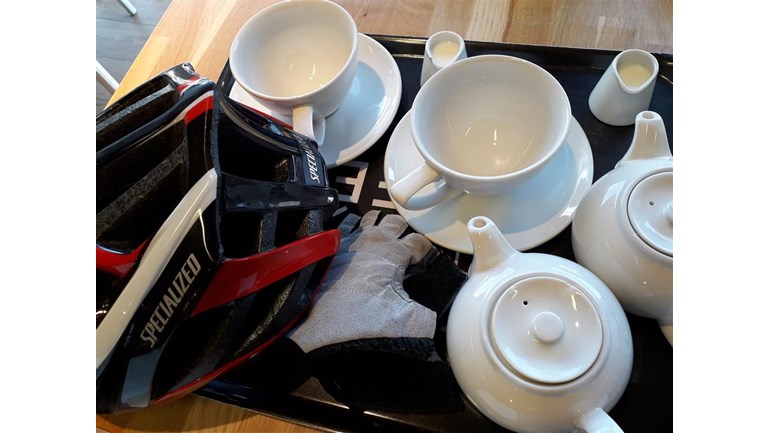 I am doing the Ashington Sprint (ha ha!) Triathlon for St Oswald's Hospice Limited because the support they provide to families is invaluable

In the Summer of 2018 we lost our lovely friend and colleague Jenny Thirlaway to cancer.  Jenny was an example of the embodiment of kindness and courage.  She had a very complicated and demanding life to deal with but she always had time to listen to other people, to care and worry about them, and to offer support.

Jenny's daughter Molly contracted meningitis after she was first born, which left her with cerebral palsy, epilepsy and autism.  At the same time, Jenny's husband Scott was diagnosed with Hodgkin lymphoma.  There followed 8 years of many anxious hospital visits and treatments.  But Molly and Scott are made of strong stuff and, with Jenny and Molly's brother Jack beside them, they both came through the worst.

However, that was when Jenny was diagnosed with cancer.  Even as she embarked on treatment she continued to be gracious, kind and never self-pitying.  Jenny raised funds for St Oswald's Hospice to show her appreciation of the support they provided her and her family.  That support has continued since she died, and we would like to continue her fundraising.

Be Brave for Jenny is a chance for us all to give something to St Oswald's and do something for Jenny.  There is a whole host of challenges being faced by many brave (in my case foolish) people over 2019.  I am doing the Ashington Triathlon and I would be extremely grateful if you would sponsor me.

Be Brave for Jenny

St Oswald's provides specialist care for adults, young people, children & babies. Situated in Newcastle upon Tyne, their purpose-built facilities offer a range of flexible services to North East families. They make no charge for any of their services, ensuring hospice care is available to everyone.

Charity Registration No. 503386
Find out more about charity fundraising