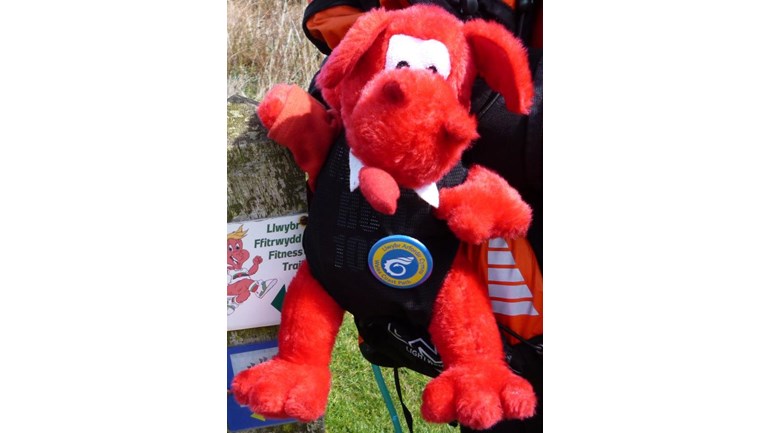 I Ran round Wales and I'm still going for Velindre Cancer Centre because I want to raise £25K in memory of mum & dad!

The Fundraising is continuing until the target is exceeded!

On 5th May 2012, Arry completed a run of over 1027 miles within 6 weeks (over 39 back to back marathons). In doing so she became the first person ever to run the entire true perimeter of Wales on the newly launched Wales Coast Path and Offa's Dyke Path.

The challenge was carried out in memory of Arry's parents who passed away in 2007 and 2009.

The run was over some of the toughest trails in the UK and involved ascents and descents of over 40,000m (4 x Everest). It was also carried out in a period of freak weather conditions, starting with a heatwave, moving into sub zero temporatures and then running in the wettest April ever recorded. I think that kind of sums up how difficult a challenge this was!

The biggest challenge however is raising the £25K total for the two chosen charities, Velindre Cancer Centre and Gozo CCU Foundation. This page enables you to donate online to Velindre!

August 2015: How Hard Can it Be Events Run to the Castle Ultra! 42 miles, Aberdovey to Harlech on the Wales Coast Path

August 2015: The World Bog Snorkelling Championships as a pantomime Unicorn

July 2015: Brides re-visited, a wonder up Pen-Fan in wedding dresses complete with a real life vicar and weatherman!

November 2014: How Hard can it Be Events, Sunset to Sunrise Challenge! Run 'till you drop, or the sun comes up!

Velindre is Wales' premier cancer centre providing treatment, care and support to patients and their families. Money raised by our fundraisers allows us to support projects over and above those provided by the NHS including ground breaking research, specialist equipment, nurses and staff training.