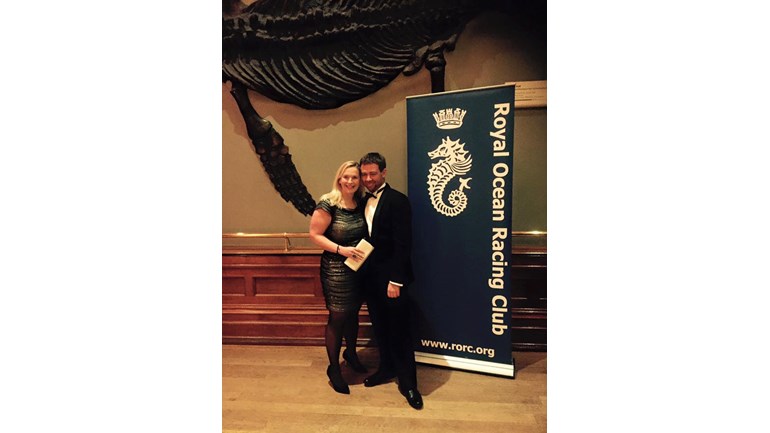 We build the rare disease community to drive research and develop treatments.

On Saturday (Nov 28th) I’ll be heading off across the Atlantic as part of the RORC Transatlantic yacht race.  Eight years exactly since I last set off across the big pond in a little rowing boat.

I can’t begin to explain what a journey the last eight years has been for me, and how different my life is now compared to what it was then. I was in a pretty dark place back then, going through a divorce and deserted by a couple of people that I had thought were my friends. My row across the Atlantic in 2007 gave me the opportunity to escape from my troubles on land, and to re-boot my life. It gave me the chance to start again.

During that adventure across the waves, and in my journey since then I have discovered what my passions are, what true friendships are, and most importantly what I want (and don’t want!) from my life. Going to sea this time therefore is very much about living my passion, which is what makes me feel alive.

I am extremely lucky that my health, and my support group around me has allowed me to live a life
where I can now combine my personal passion for the ocean and my professional passion in paediatric health. Through my adventures I have been able to raise
over £260,000 for charities close to my heart.

A luxury that is not granted to many!

As extremists killed the lives of many innocent people in Paris the other weekend, I was at a family conference for patients that have been born with a rare genetic disorder known as neuronopathic gaucher disease. I won’t explain the impact that the disease has on the child and their family around them. But needless to say it can be
devastating. Neuronopathic gaucher disease, like many other genetic disorders, is pan-ethnic. That means that it can happen to you whatever colour your skin is, whatever nationality you are, and whatever religion you believe in.

At the family conference we had families who originate from all over the world, including America, Denmark, Pakistan and India, and families who are Jewish, Muslim,
Christians and atheists. All together, supporting each other with an amazing sense of community, all with the same life aspirations of health and happiness.

Many lives around the world are devastated by extreme acts of terrorism, in the same way that many
lives globally are devastated by life threatening and life-limiting illnesses.  Including that of the phenomenal rugby player Jonah Lomu, who also lost his life to an extremely rare disorder last week.  His words that
resonated the most with me were when he said, “I’m just glad to have been given the opportunity to do that I love most”.

Extremist terrorist groups and genetic diseases are beyond what we can control, in our day-today life. What’s not out of our control however is the way that we react to it. While the response of the majority of my Facebook friends to the tragic events in Paris showed great sadness and empathy for the lives lost, some sadly expressed extreme views and negative opinions that beggared belief. Some showing complete ignorance about the issues involved, and the rights of the refugees to escape from their hell in Syria to our shores.

The life issues that I escaped to sea from eight years ago pales into insignificance compared to those
that families that suffer from rare genetic disorders face every day, or what the Syrian refuges are desperately trying to escape from.

It’s impossible to contemplate what would drive a person to risk their life and that of their family on an unseaworthy vessel to have the opportunity to
escape from their troubles on land, and to have the chance to start their lives again.

On this adventure, I hope that I can raise money and awareness for my nominated charity Findacure,
in their bid to support those suffering from rare genetic disorders. But I also hope that I show that no matter how tough life may seem, everyone can start again if given the opportunity.

Thanks for your donation

We work to: (1) empower patient groups to build their patient community, develop as a charity, and drive treatment research; and (2) promote collaboration between rare disease stakeholders to facilitate treatment development for all.