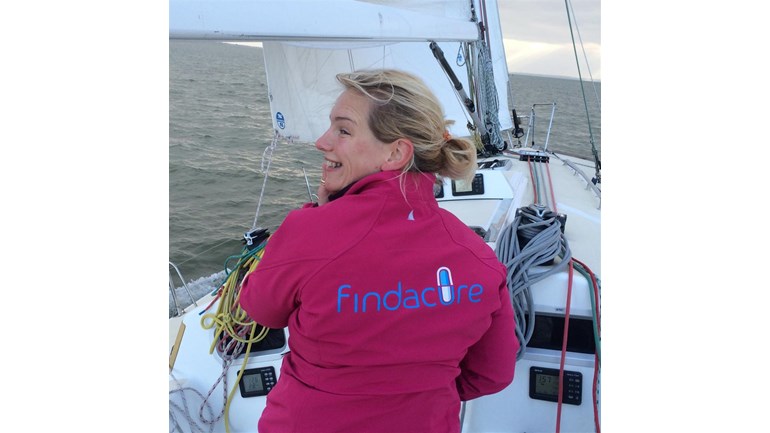 Findacure heads for the Fastnet

We build the rare disease community to drive research and develop treatments.

Findacure heads for the Fastnet

The race starts off Cowes on the Isle of Wight, leaving the Solent through The Needles Channel and following the southern coastline of England westward down the English Channel, rounding Land’s End, crossing the Celtic Sea and rounding the Fastnet Rock, off the southwest coast of Ireland. Returning around the Isles of Scilly before finishing at Plymouth. The Fastnet is a challenging race, often with Westerlies that are strong to gale force in strength. The succession of low pressure systems which advance on the British Isles across the North Atlantic Ocean provide a constantly moving weather pattern for which Fastnet navigators must plan.

This will be Elin’s third attempt at completing this race, however this time she’ll be taking on the challenge in a double handed campaign onboard a J120 boat named Nunatak. That means that there will be only two of them to handle a 40 foot boat for the whole duration.

Elin’s previous Fastnet attempts were also on a 40 foot boat – but also included a crew of 11 people to sail her. In 2011 the crew had to abandon the race due to steering failure, so Elin knows too well that just completing the race is a major hurdle, let alone competing competitively.

Although Elin has vast experience of life at sea, having rowed across both the Atlantic and the Indian Ocean – she only started sailing since 2011. To take on this race double handed will therefore be one of her greatest challenges yet.

“I can’t say how lucky I feel that Chris Frost agreed to have me as his co-skipper for this year’s Fastnet campaign. As European and World Swans Championship it’s obvious that he’s a very talented competitive sailor – but more importantly than that is his willingness to give me this chance, and to be constantly coaching and teaching me on every aspect of sailing. I really can’t thank him enough for this amazing opportunity. To top it all off I hope that we can raise lots of awareness and money for Findacure”.

Read more about Elin on

Sponsor her Fastnet campaign here (all donations go towards Findacure)

We work to: (1) empower patient groups to build their patient community, develop as a charity, and drive treatment research; and (2) promote collaboration between rare disease stakeholders to facilitate treatment development for all.