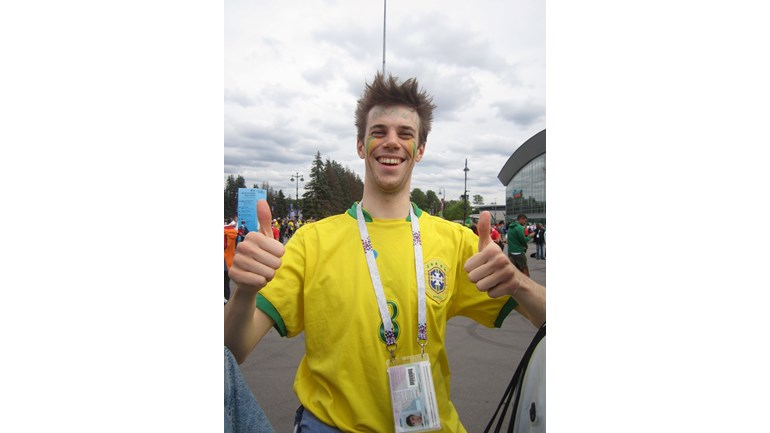 Fundraising for The Josephine Sara Foundation

Land for a Josie Home

When I was 7 years old I wrote down five life ambitions. One of which was to run a marathon; I wasn't sure when I was going to do it but I've hit a time in my life when I wanted a challenge to focus on and so now seemed like as good a time as any (number 4 - playing for Man Utd - is looking less and less likely by the day). I was also clear that I wanted to raise money for a charity in the process.

Dementia is a condition close to my heart as it affected both my grandmothers and indeed, it is estimated to affect 1 in 3 people at some point in their life. It is an upsetting condition to witness as the person becomes very forgetful, confused and agitated as they are unable to do things they used to do so easily. My aunt has founded a charity called "The Josephine Sara Foundation", named after my grandma, which aims to establish a dementia village in the north west of England. Based on the Hogewey model in the Netherlands, it would be a care home but one which allows the residents to remain autonomous, where they can still participate in activities and live their lives in as normal a way as possible while in a safe environment with support and care. It's an ambitious project which realistically, may take 10 or more years to become a reality, but like anything, you've got to start somewhere. Please take the opportunity to look at the charity's website (which launched this week) to find out more: http://www.josarafoundation.com/

It's fair to say I've not undertaken your typical training regime. I have suffered from knee injuries which have limited me to 1 run a week as opposed to the recommended 3 or 4. On one recent run, after reading that I should eat jelly babies as they're high in sugar/energy, I clearly ate too many and ended up throwing up! Nevertheless, I have given up alcohol for 8 weeks preceding the marathon (impressive for me, I know, but I don't want you to sponsor me for this!) and I'm feeling very driven to finish. Any donations would only increase this determination and motivation.

If you're kind enough to donate, then please can you also comment a song that perhaps we share a memory of together or that you think I will like/inspire me on the day. I appreciate I am likely to get a lot of Avicii and England football songs but also think outside the box! I will then add these onto my running playlist.

Land for a Josie Home

run by
The Josephine Sara Foundation

We'd like to build a village for people with dementia which enables them to feel like they are still living a normal life, doing many of the day to day things with a sense of free will but secure in a safe village environment.

Charity Registration No. 1178209
Find out more about charity fundraising