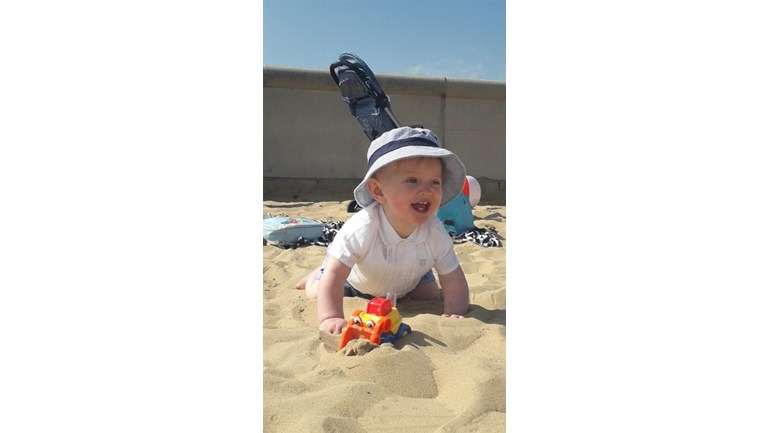 We are running the GNR this year for The Sick Children's Trust because they are an amazing charity!

This year something crazy happened..  I thought it would be a good idea to run the GNR! I was then totally delighted when Becky she said she would join me in the challenge too! What a fabulous Godmother she is!

Together we would like to raise funds for the Charity who helped Pete and I so much when Zachary was born and again in September and October.

Zachary was born on 11th May 2017 and was just a day old when we were told he may not survive the next 72 hours. We were devastated as we expected to take home a healthy baby boy. When Zachary was transferred to the RVI, The Sick Children's trust gave us a room at Crawford House, which is right next to the hospital. This meant that we could be at his side without the worry of finding a hotel or travelling to see him. The care they offered was completely free to us but costs the charity £30 a night to provide.

In September 2017, Zachary was taken ill again with a brain haemorrhage. Once again he was rushed by ambulance to the RVI. We were soon met by the staff from Craword House who handed us the keys to a room and welcomed us back with open arms. This time we stayed there for over a month and luckily Zachary made a full recovery.

Without The Sick Children's trust a time that was so heartbreaking could have also been super stressful. They take away all of the worry so that you can solely concentrate on your poorly child. We didnt know such an amazing charity existed; they have houses at all of the major children's hospitals. We have since met so many families with amazing stories who have also been helped by them!

We would both be so grateful of anything you can donate towards The Sick Children's Trust, they really are amazing and rely solely on donations to keep running. Excuse the pun. 😜