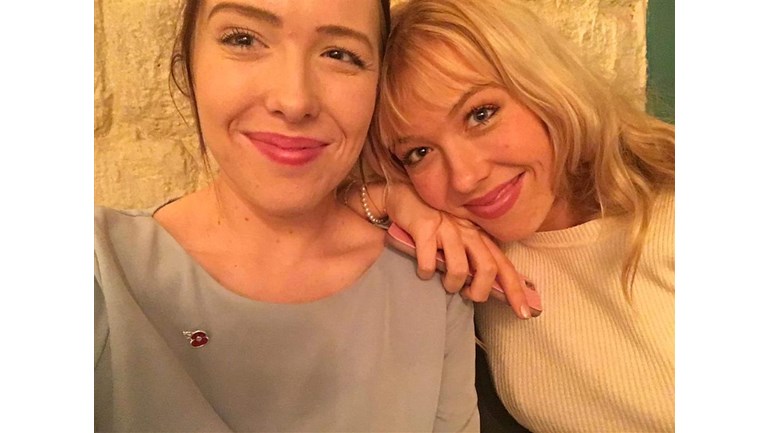 The Twins Race From London To Paris!

Biking for The Sutton Trust because Everyone Deserves A Fair Shot!

The Sutton Trust is the leading independent UK foundation promoting social mobility through education. It runs life-changing programmes for talented young people from non-privileged backgrounds, and its research and international summits have profoundly influenced educational policy.

Thanks for taking the time to visit my JustGiving page!

Five years ago, I had just finished up an interview with that would completely change my life. I sat in front of five people, spilled my guts out and talked about how afraid I was. At seventeen, I was full of big dreams and terrified I’d never live up to a single one of them.

When I graduated from Duke in May, I spent a lot of time reflecting about that journey from then to now, and the village of support it took to get me to here; a Masters Student with no debt, free to choose her path according to passion, rather than financial necessity.

More than anything,  I think about where I might be if that journey never happened. Most of us know that The UK has one of the highest income inequalities in the developed world, but we don't think alot about how that plays out in education; of all the kids our system leaves behind. Even today, Oxbridge recruit more students from eight private schools than they do nearly 2900 other schools combined.  If you think about the pipelines these schools have to the most prestigious offices in the world- including our Parliamentary system- the consequences of this divide are staggering.

And it isn’t because working class or first gen kids aren’t smart; over 5000 low SES students received over A*A*A in their A levels in 2018. No- It’s because their success remains systematically unseen and unheard. Our system still refuses to even offer them the option to go forward and the opportunity to become all they deserve to be.

And that’s exactly why I’m fundraising for The Sutton Trust; the charity that not only empowered me personally but one that works tirelessly to redistribute resources to the students that need them the most. Through their work on social mobility, over 35,000 young adults have been given the chance to reach higher, dream bigger and go further. At a time when social inequality in our country (and world!) is at an all time high, the value of this programs is infinite.

Seeing as I couldn’t exactly swim the Atlantic, I decided to race between my two favourite cities- London and Paris, to give support to an organization that I'll never be able to pay back.

On February 14th I’ll be biking over 400 KM, for about ten hours a day, with my badass twin sister, Abbie. It will be scary, will (probably!) rain like hell and once again, I’m absolutely terrified.

But if you know me, or have ever directly or indirectly benefited from social mobility, it would mean the world to us if you would donate. This money goes straight to buying resources, funding programs and providing much needed educational reform. Honestly, if you’ve ever even had a conversation with a 1G/Low SESS kid and thought ‘hmm, pretty smart gal/ guy’- please give a penny, pound, Euro or Dollar FOR THEM! We really can’t hit this target without you.

I might have been the anomaly five years ago, but there's no reason why we can't shake up that narrative. These students are so much more than just a statistic or some anecdote of lost potential. They’ve got big dreams, bright minds and it's about time we started giving them a fairer shot at a better future.

The Sutton Trust is the leading independent UK foundation promoting social mobility through education. It runs life-changing programmes for talented young people from non-privileged backgrounds, and its research and international summits have profoundly influenced educational policy.

Charity Registration No. 1146244
Find out more about charity fundraising