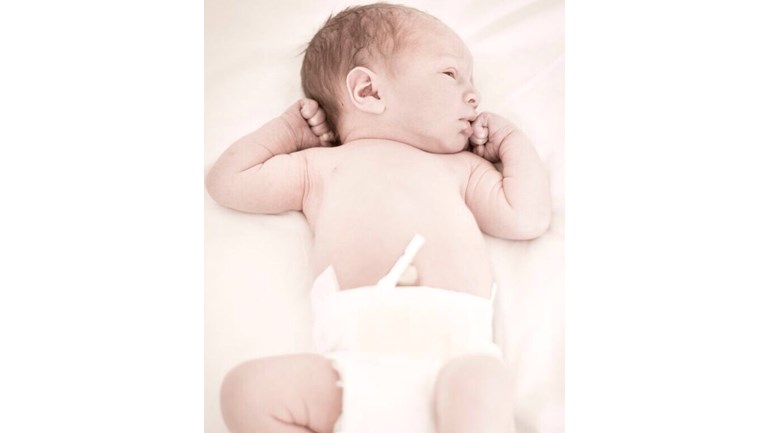 We have chosen to set up this fundraising page in memory of our son Elliott Joseph Walker, who died at 10 days old.

Two days after his birth, Elliott stopped breathing. Thankfully his Aunty Anna was holding him at the time and gave him mouth to mouth resuscitation until the ambulance arrived. He was then rushed to our local hospital and transferred to intensive care at Great Ormond Street that night.

The metabolic team very quickly found out that he had a rare genetic disorder called OTC deficiency. This meant his body was unable to process protein, instead converting it into (poisonous) ammonia.

For seven days, his life was in the hands of a group of incredibly kind and talented people from various fields of medicine, who did everything possible to save him.

After a phenomenal and momentarily odds-defying fight, his body proved it was unable to cope with the levels of protein necessary to live on, and we had to let him go. Elliott died in our arms on Wednesday 17 July at 8.30 pm, surrounded by love.

We want some good to come from this heartbreaking chapter of our lives. We’re therefore raising for Great Ormond Street in Elliott’s name. This truly inspirational place saves the lives of so many little people on a daily basis, and was a huge part of ours for a brief, but unforgettable moment.

We owe them, and future parents, our support. We want this to be Elliott’s legacy.

Thank you so much for anything you can give, it means more to us than you could imagine.