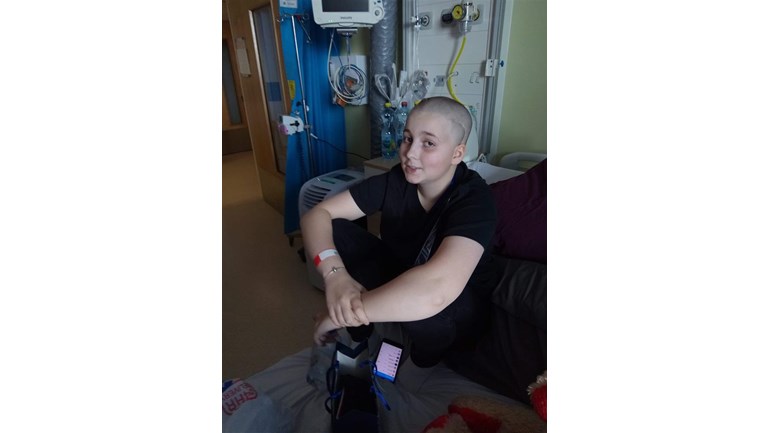 On December 16th 2017 our world turned upside down. Our daughter Keira was diagnosed with Acute Myeloid Leukemia and admitted to Bristol Children's Hospital. She was also diagnosed with a bleed on the brain and was in surgery for about 7 hrs. We were told she had a 50/50 chance of surviving the operation. Keira is a fighter and overcame this hurdle. As the months went on with her treatment Keira faced another hurdle, she was admitted to PICU with an infection and temperature. The temperature cleared the following day but led to another problem, Cardiomyopathy, a side effect of the chemotherapy. She over came that hurdle. At the beginning of June she returned home after being in Bristol for 6 months. She returned back to school in the September, and as she got her strength back, she returned to kickboxing as she loves her sport. We were getting our lives back to normal when on 15th February 2019 it was discovered she had relapsed. So again we were in Bristol starting chemotherapy. The 1st round failed, she didn't go into remission, so they used a new chemotherapy drug from America that had only been used in adults in the UK, but not children. Keira was the 1st  child in Bristol to use this drug. This drug didn't get Keira into remission, it got her counts down  but not enough, so they used a FLT3-ITD gene inhibitor as she also had a FLT3 gene mutation. This brought her blasts down. We were told this had worked enough, so she could have a Bone Marrow transplant. She was fast tracked into BMT as she was not in complete remission. Keira received her transplant on the 24th May. Her sister Makaela who is only 7 and immensely brave was her donor. Keira has had a few health issues and has again been admitted to PICU with kidney problems. Keira has now been discharged to Sam's House which is a home from home, provided by the charity CLIC Sargent. They gave us as a family somewhere to take respite, wash our clothes, cook and also be around other families going through the same ordeal as us. We as a family have made life long friends by staying at Sam's house. So I'm doing this skydive for Keira and all the other children facing this Journey. I hate flying and heights, but jumping out of a plane is nothing compared to what these children have to go through. It's my time to pay back.