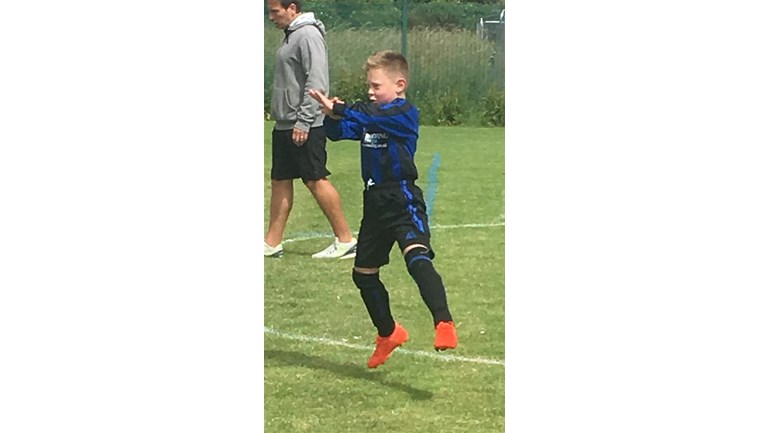 My son ronnie who is 8 was admitted to hospital on 2 occasions with croup. On the second visit I was told they had detected a heart murmur which was very common and it was more than likely it would just grow with him and have no impact on his life, however he would  need to be monitored annually just as a precaution. it was after his 2nd annual visit it was advised that a 2nd opinion was given by a surgeon from Freemans. A year later when this surgeon examined him he saw that Ronnie in fact had  a narrowing in his main artery and we were told it needed surgery. This was just minor surgery which would probably involve either  a stent or a balloon to widen the valve. He went in for this however returned from surgery with it not been successful as the  narrowing was bigger than they first thought therefore further surgery was needed. This was open heart surgery . It all happened so quick and he had it done on 20th April. He took it all in his stride and all went well. Ward 23 looked after him so well and they looked after me. Scott's house gave me a  room I could stay in whilst he was in ICU and were a total godsend . Ronnie would like to repay them n with raising money. Ronnie was actually playing football 4 weeks after surgery which says it all . They did an amazing job and we want to repay back as much as we can. When your child is poorly and you can't do anything to help is the worst feeling in the world . But to have the support given to you helps so much. Please help to raise money for this fantastic conpany.

Thank you in advance xx