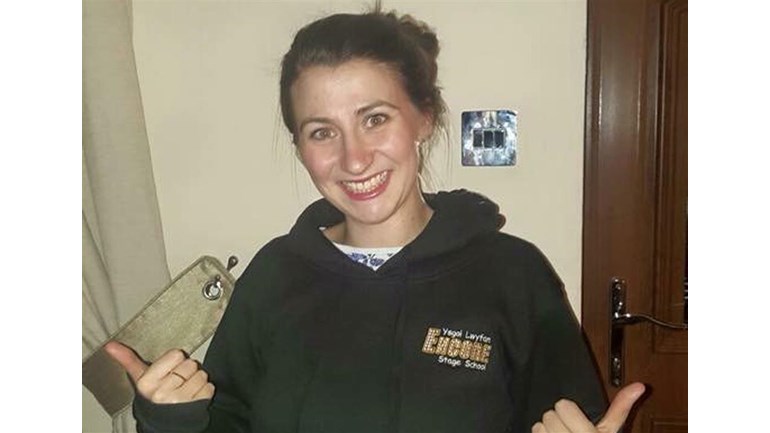 EncoreTeam are running the Cardiff half for Becca! for Wales Air Ambulance Charitable Trust because they make such a difference despite no funding

On November 29th 2016, travelling with her partner, Alex, and their 2 year old son, Cian, Rebecca died in a tragic car accident on the M4 Motorway.

Having already lost a baby at 5 months last year, Rebecca was again 8 months pregnant and expecting their daughter, Cari, before Christmas.

Despite the heroic efforts of the Police, Paramedics and Wales Air Ambulance ... both died. Cian survived with 2 fractured femurs and a fractured skull. Alex was luckily unhurt.

‘Becca’ had so much more to give us.

Three years ago, we saw an opportunity to give something back to our community so we started Encore Stage School for children ages 4 to 17.

Our students are driven towards this tribute and anything good that we can make of the circumstances. At Becca’s funeral, her family asked me to sing a Welsh song called ‘Anfonaf Angel’ (I'm sending an Angel).

Also, it was the last song that Becca downloaded for us to use at Encore just a few weeks earlier.
Since recording Anfonaf Angel we held a Memorial concert for Becca last June,2017. This was a massive success and we raised a further £5,000 for WAA.

On October 1st,2017 there will be 25 of us running the Cardiff Half Marathon in memory of Becca. We would really appreciate any donation towards this next challenge.

"Wales Air Ambulance is funded by the people of Wales; we rely entirely on the public’s support to help keep the helicopters flying. The charity does not receive direct funding from the government and we also fail to qualify for National Lottery funding."

Wales Air Ambulance Charity provides emergency air cover for everyone in Wales, 365 days a year. From our four airbases, the crew can reach anywhere in the country within 20 minutes. We rely entirely on donations to raise over £6.5 million each year to keep our helicopters flying for Wales.

Charity Registration No. 1083645
Find out more about charity fundraising