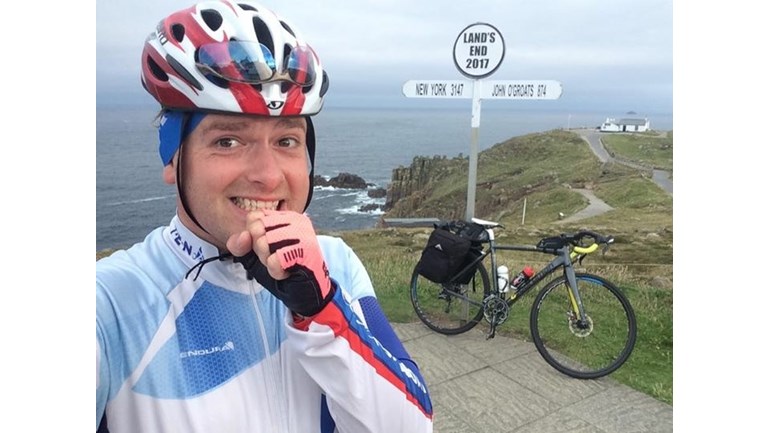 Well, here I go again. In July 2017 I cycled from Lands End to John O’Groats for Epilepsy Scotland and managed to raise a massive £2,500 for the charity. So, in July 2019 I’ll be undertaking the return leg from John O’Groats to Lands End.

After raising £2,500 last time round let’s try and smash that target this time. I was diagnosed with epilepsy a few years ago following my 3rd seizure in 2014. Epilepsy is more than just fits. I’ve experienced anxiety and depression along with stress and fears of other seizures. Many people have this condition and have it a lot, lot worse than me. I want to show people that having epilepsy doesn’t mean you have to stop living and that you can still achieve what you put your mind to. I’ve been refused work many times including being discharged from the army and refused work as a stand by fire fighter. There are many things I can’t do because of epilepsy but cycling the length of the UK isn’t one of them. So please follow my story and make a donation to Epilepsy Scotland and help others who have to live with this condition everyday.

Charity Registration No. SC000067
Find out more about charity fundraising