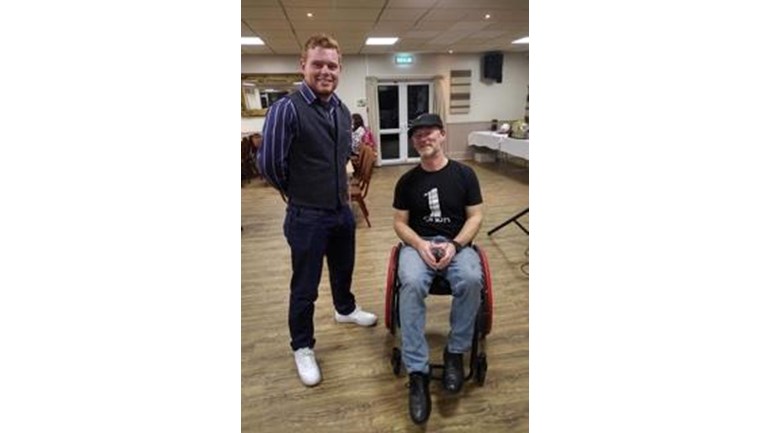 Five Peaks in Eight Days to Everest Base Camp for H.S.P.

Colehill man Will Watson will be tackling the route to Everest Base Camp in September 2018. All funds raised will be donated directly to the H.S.P. Support Group, a charity who work very closely with people who suffer from hereditary spastic paraplegia (disability to the lower limbs).

“I didn’t want people to pay for something on my bucket list, instead any donations I receive will go directly to such a deserving cause. The route will take me over some of the most arduous and hostile terrain on Earth, I'm so excited about conquering it.”

The journey through the mountains to Everest Base Camp takes in some of the best highlights of the Himalayan mountain range. The expedition begins at the World-renowned Lukla airport, classed as one of the most dangerous on the planet. Moving onward through Namche Bazaar, he will take advantage of the last main town before heading into the mountains. He will pass the World famous Tengboche Buddhist monastery, at a height of almost four kilometres, and summits such as Kala Pattar, Gokyo peak and Chukkung Ri, reaching a maximum height of over five and a half kilometres.

Will has already successfully ascended Mt Kilimanjaro, hiked the Himalayan and Dolomite mountain ranges, competed in charity boxing matches for Wimborne ABC/Hit Fitness and has been studying and training for the past two years in preparation for joining the Royal Navy.

Will is also a high ropes instructor at Go Ape Moors Valley, and participates as a youth coach with his local rugby team Wimborne RFC.

For more information, details on how to donate, or if you are a business who would like to get involved in this exciting expedition, please contact Will Watson (will.wally1@hotmail.co.uk)
or Jeff Webb (appeditsolutions@gmail.com).

We help people affected by HSP, their families and carers by the provision of support, information and advice. We can provide grants to help members with the purchase of mobility aids and provide funding for research into this very rare condition.

Charity Registration No. 1109398
Find out more about charity fundraising