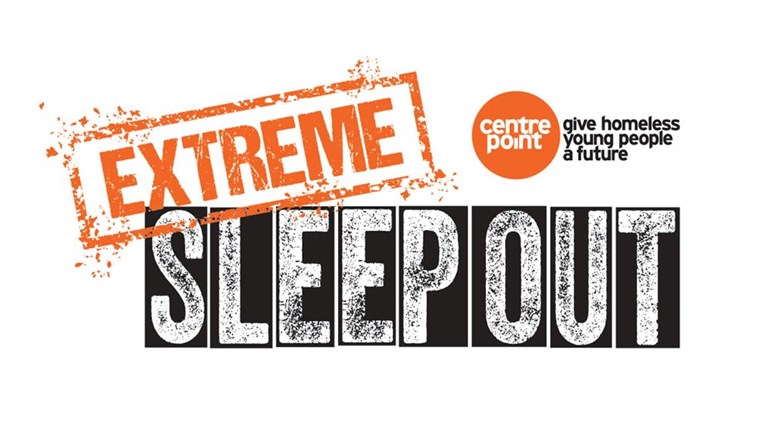 Who are the Extreme Sleep Out Team?

What are they doing?

Sleeping in 10 vertigo-inducing wonders – from the natural
to the man made, going north to south along the length of Britain to raise money and awareness for Centrepoint (the young people's homeless charity). It’s their mission to take the plight of homelessness to new heights – literally. Through
this world first they will also show people that adventures big and small lie here in the UK.

The venues we will be sleeping at will be revealed each day
– so follow them closely on social media with the #ExtremeSleepout to keep track of their challenge.

Because while we do this kind of thing for fun, it's important to remember that some people don't have a choice and sleep in the extremes because they have no 'safe' bed to spend the night in – through no fault of their own. Centrepoint’s work is about more than just a bed; the charity provides specialist health support and help to access education and training, so that young people can go on to live independently and leave
homelessness behind. 86% of the young people Centrepoint supports move on positively.

What the team say…

“All the venues are supremely iconic in one way or another
and getting the permission to sleep in them all has taken months of planning and stress – in fact we’ve never worried about where we will be sleeping quite like this before in our lives- which, we suppose, is somehow fitting for the challenge. It will
be a real physical hardship getting to some of the places we need to get to and scary too to spend the night at such heights and in all weathers. But even if doing this stops one more person having to sleep somewhere cold, wet and miserable, then it will be completely worth it as far as the three of us are concerned.”

In addition to the wonderful staff at Centrepoint, the team is being supported by Ordnance Survey for whom Phoebe is
a #GetOutside Champion; Wild Night Out, the UK's National Day of Adventure (on 30th June), Open Tracking who will be live tracking the team during their challenge for people to follow online, Petzl who will be donating climbing gear, as will Sterling Ropes and Big Wall Gear and last but by no means least,
Volvo Cars UK who are very kindly loaning the team a branded, hybrid XC90 T8 SUV to help them get between sites - so lookout for the 'Team Extreme' vehicle on the road.

Centrepoint is the UK’s leading charity for homeless young people. Together with our partners we support over 15,000 16-25 year olds into a home and a job every year. Working directly in London and the north of England, our work covers all of the UK through a network of 40 partner organisations.

Charity Registration No. 292411
Find out more about charity fundraising