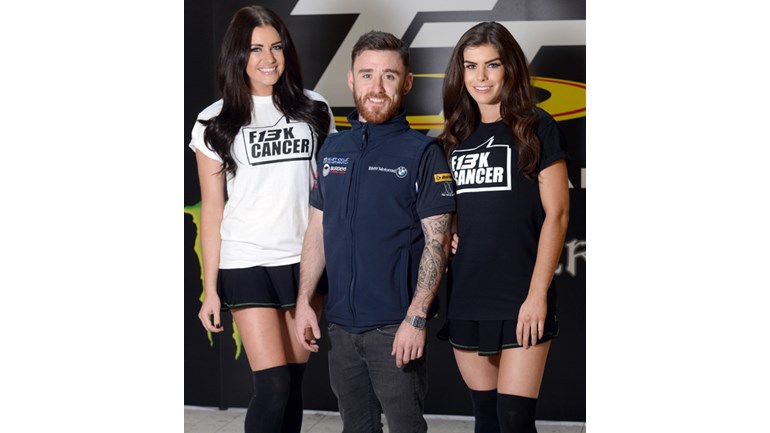 Fermanagh’s Lee Johnston is undoubtedly ‘Mr Happy-go-Lucky’ in the International Road Racing paddocks, with his wisecracks and quirky one-liners, but like almost everyone these days, the East Coast Racing pilot has experienced first hand, the turmoil Cancer can bring into a family home.

People cope in many different ways, but as you would expect from the diminutive International Road Racing winner, he’s not only giving the dreaded disease the two-fingered salute – he’s decided to proactively raise money for leading charity Marie Curie.

Describing his decision to raise much-needed funds for the well-known Marie Curie charity, which was established in 1948, Lee explains his motivated in his usual unfiltered and unabridged manner:

“One of the worst feelings in the world is not being able to help people close to your heart,” said the Maguiresbridge lad. “For that reason alone I'm starting this charity, as the sad fact is – nearly everyone is close to someone with cancer.”

Giving credit to his peers and the worldwide pool of motorcycling fans, he added: “It's a well know fact that racers and race fans are very generous when it comes to supporting charities, so I'm hoping everyone gets involved, by simply donating, or they can purchase a t-shirt or phone cover.”

The double North West 200 winner has initiated a no-holds-barred logo; but explaining the design, Lee believes there’s no need for a filter, or an apology, when fighting this dreaded disease.

“Some people might think the logo is rude or offensive, but when I think of cancer it's the first thing I say, F13K CANCER, so I thought why not use this as our logo.”

Johnston has made the racing number #13 his own in recent seasons; so has decided to integrate the double digit into in his Marie Curie funding process, as he explained.
“The plan is to raise '13' thousand pounds [£13,000.00]. So what I’ve organised throughout the 2015 season is to auction top riders’ helmets and other interesting bits and pieces, with all proceeds [every last penny!] going to the brave and dedicated band of nurses at Marie Curie

“These wonderful people open their hearts and help patients in the last days of their lives, which personally I think is an unbelievably selfless thing to do.”