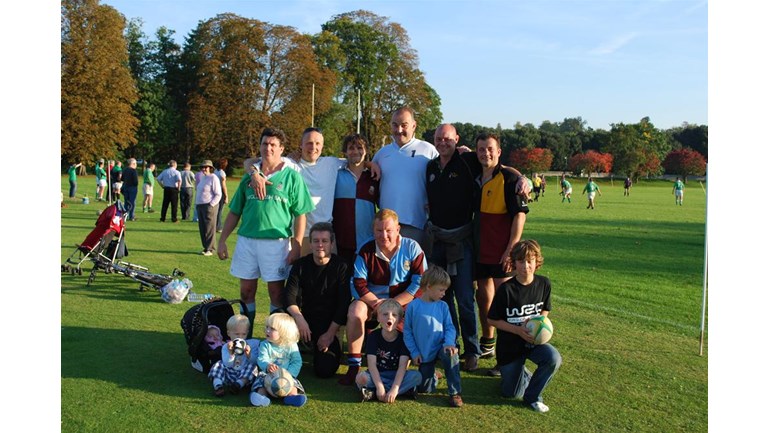 Simon was 46 when he was diagnosed with motor neurone disease and told he would die in two years.   He was a popular head teacher in Plymouth, an avid rugby player and extreme skier, and everybody’s friend.  Within a week of the shocking news he had made his bucket list and determined to enjoy every day he had left.  Top of his list was to raise awareness of MND and £1,000,000 to help find a cure – an ambitious goal for someone with so little time.

In the six months before getting around became too difficult Simon skied in France, swam with sharks in South Africa, trekked around Uluru (Ayres Rock) in Australia.  He and his friends organised fundraisers throughout the UK and abroad.  He reached a third of his target before he died in October 2011, just two weeks short of two years from diagnosis.  At his funeral his friends vowed to continue fundraising to reach his goal.

Five months after he died Justgiving.com honoured him with their top award as Fundraiser of the Year 2012.   His wife Maxine accepted it at a ceremony in London.

To raise money over the past 3 ½ years more than 1500 friends and 4,316 schoolchildren have run the Plymouth Half Marathon,  rugby teammates have cycled between Warwickshire and Devon,  friends have planted his banner on the top of Mt Kilimanjaro.   There have been pub quizzes, gala balls, Ascot Ladies Day parties, cricket matches, rugby tournaments, and auctions.

Research is progressing so quickly now that it is just possible that Simon’s million will lead to the cure that he so desired.

Simon was keen that all money will be used to research motor neurone disease in the hope that one day, in the not too distant future the words

"you have motor neurone disease"

will be followed by the phrase

Simon lost his battle for life on 6 October 2011 just two years after he was diagnosed with Motor Neurone Disease.