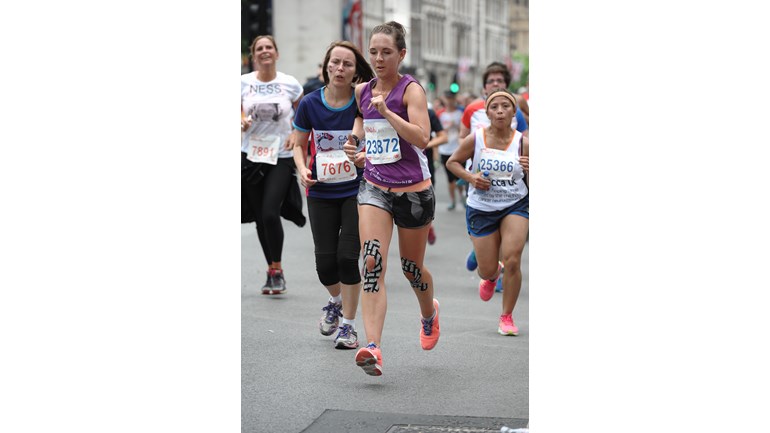 I am running the Milton Keynes Marathon 2017 for PDA Society because others like Squiggle & family need our support.

We provide information, support & training to famililies and professionals about PDA

Squiggle was diagnosed with autism at around 3 years old. Her parents had already noticed long before then that the usual parenting approaches had the opposite affect on her, but the typical autism strategies also didn't help either. They somehow instinctively found our own way of approaching things with her but to be honest were baffled- clearly they were missing something!
It was only when someone in an SEND support group suggested it might be useful for them to look into PDA - a subtype of autism that is generally not well known even amongst professionals and certainly not something that they had ever heard of - that everything finally started to make sense. After consultation, it turned out Squiggle has extreme PDA, and later discovered that she also has a severe anxiety disorder too.
The PDA Society have been a brilliant source of information and support for the family. The conference that Squiggle's dad attended previously really helped too; it was great for him to listen to the speakers and meet other parents in the same boat- a useful reminder that we are not alone!
Huge thanks to the PDA Society for all their hard work.

Running this will be the hardest challenge I've taken on ever - so please dig deep and make all these blisters worth it!!

Charity Registration No. 1165038
Find out more about charity fundraising