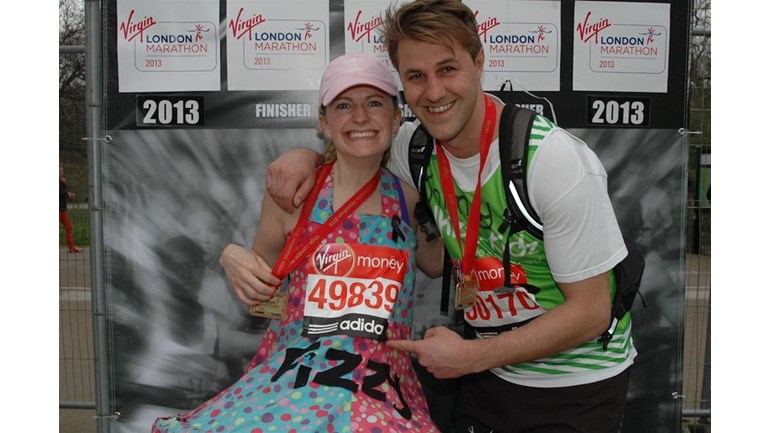 Fundraising for Tommy's, the baby charity

We fund research into pregnancy problems to save babies' lives

In November 2010 my elder sister Bryony gave birth to twin girls at 30 weeks + 1 day - they were approximately 2lbs each & were kept in incubators for the first 2 months of their lives.  Bryony & her husband Stewpot were incredible through such a difficult time, not being able to take their babies home and hug them for as long as they wanted! Tommy's was a charity that helped them through this time and the work that they do is priceless for a parent, auntie(!), grandparent and many more! Olivia & Amelia are now very active & hilarious 3 year olds and make us all so happy every single day!

In October 2013 I was extremely lucky to have a gorgeous, healthy baby daughter called Tabitha, she means the world to me & I cannot imagine how hard it must be for people who are not as fortunate as I have been.

By the time of this London Marathon Tabitha will be just over 6 months, this for me is the toughest marathon yet as having only just had a baby, I'm not sure I've ever felt this unfit but I could not turn down a place to run for a charity that does such incredible work especially as I am so very lucky to have my Tabby!  Tabitha has been with me on every training run (often laughing at the state of me) so in effect your sponsorship is for her too as she has had to endure hours/ miles out in the buggy!

I know I ask most years but if you do have a spare few pennies please do donate them - the smallest amount can make the biggest difference and it really does mean alot to me.

Thank you so so much xxxx

Tommy's funds medical research into the causes of premature birth, stillbirth and miscarriage, and provides an information service about health in pregnancy.