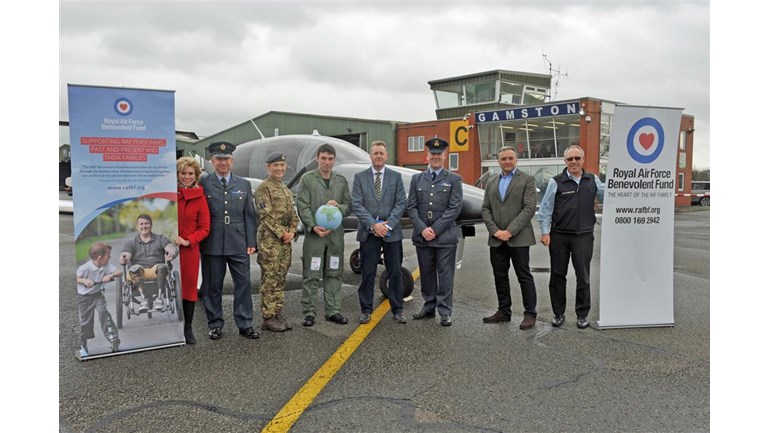 The flight will be piloted by Alexander Quessy, a 21 year old Masters of Aerospace Engineering student at Bristol University and flight instructor. He will be the youngest Britain to have completed a solo global circumnavigation by air.

"Alex, Andrew and the team of Flight100 are delighted to be working with the Royal Air Force Benevolent Fund to raise funds in support of its Centenary Campaign.  Through the generous gifts of both corporate and individual benefactors, whether donating directly to the Benevolent Fund or in support of the project’s consumable expenses, we thank you for your donation in support of this global endeavour with its aim to raise significant sums for the RAF's leading welfare charity.  On behalf of the team, the serving men and women of the RAF past and present and their partners and dependent children who will benefit from your fundraising support, we thank you"
The Royal Air Force Benevolent Fund