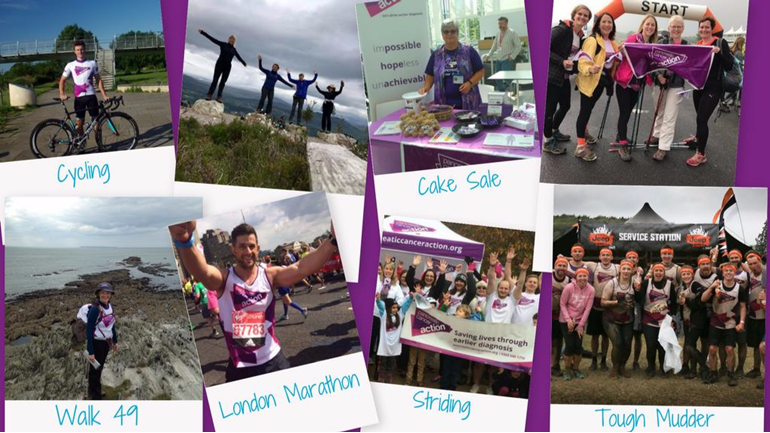 The Flying Tortoise, a 1953 Ford Popular, was rescued from being abandoned in the open for many years to take part in rallies and raise money for charity.

It has completed two Le Jogs and two Monte Carlo Classiques and raised over six thousand pounds for charities. EVERY PENNY collected goes to the charities with ALL expenses paid by the crew.

With just 30 brake horsepower, three gears, cable brakes, and vacuum operated wipers, It is the most inappropriate rally car but has beaten many more polished machines, resplendent as it is in two-tone green and rust!

The combined age of crew and car is 203, with the car being younger than either of the crew!

The Flying Tortoise will be driven to the start in Glasgow and assuming it achieves its third finish in Monte Carlo will be driven back to North Wales, as it was the last two times, nearly two thousand five hundred miles each time!

Pancreatic Cancer Action is the only charity that specifically focuses on early diagnosis in everything we do. Our mission to improve survival rates of pancreatic cancer and improve the quality of life for those affected by the disease by focusing on early diagnosis.