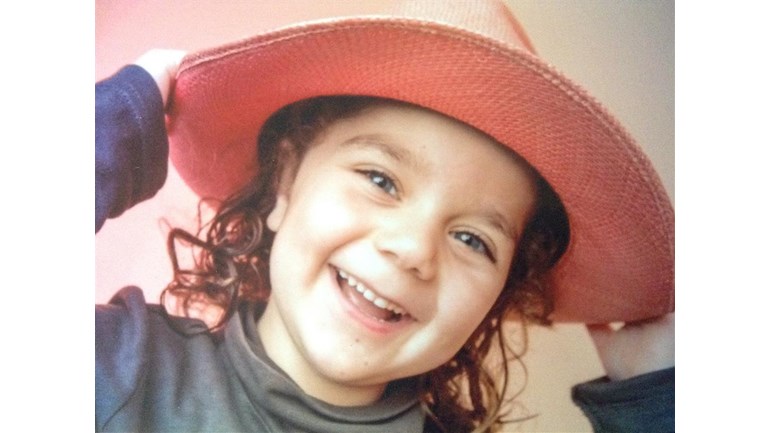 Wearing silly hats and having a cake sale for Brain Tumour Research because Myah Bell is a survivor..more need to survive

Myah was diagnosed with an massive brain tumour at age of 10 and a half months . It was too large to remove safely .To give her a better chance of survival she had several rounds of chemo to shrink it.. fluid was being over produced in her tiny brain so she had a drain fitted immediately to save her life at that point. The chemo made her even more poorly but was helping to shrink the tumour.7 weeks later she had the operation which lasted 17 and a half hours we didn’t see her for 19 hours. We left her having been put to sleep at 9:30am on 16th April (2015) . Had cuddles said our goodbyes and said “see you later beautiful “

At 4:30am 17th April they gave our baby back to us all bandaged up tubes all over the place. She was alive! She was very twitchy so had to go back to sleep a couple hours later to have an mri just to check what was going on.. all seemed ok..

Myah wasn’t awake many hours when she had to be put back to sleep again to  have a shunt fitted. Fluid was still being over produced in her brain so to stay alive this procedure had to be done. Recovered well, a few tests were done  to see if she needed to keep the shunt permanently or not but she did..  she had chemotherapy afterwards to make sure they got all the cancer . This all finished the end of July..  we are all at home by this time .

9  months later Myah was sick and couldn’t walk her shunt had blocked  so we took her to Gloucester hospital where they did a  CT scan  and she was rushed by ambulance to Bristol.By the time she got to Bristol she was unconscious .The fluid had built up and she was on the edge of life again.  She went straight to surgery they knew what to do and saved  our baby’s life again .

Myah is  nearly 5 she is at school  doing everything your usual five-year-old would do..  Her  hearing is fine her speech is fine she has peripheral vision defects on both sides but is one lucky girl .. the shunt keeps her alive but it’s there like a 2nd heart working away everyday..

We are so grateful to Mr Mike Carter and his team who saved Myah several times..please Help us to help them save more lives..