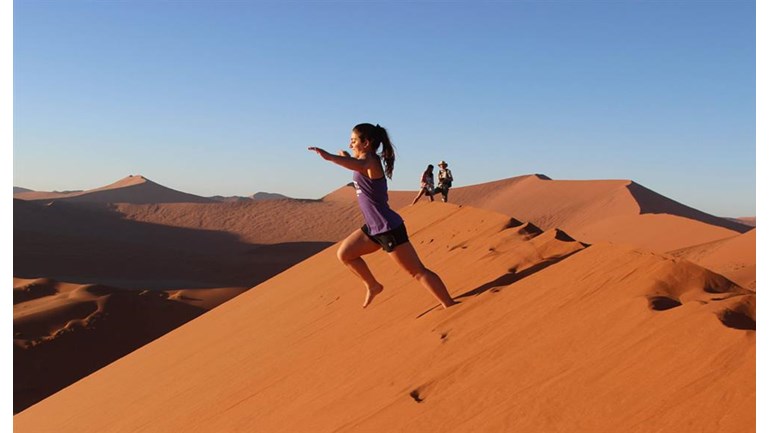 Francis Menassa started traveling in 2014 for the first time ever out of his country. He never had the chance before until Francis had to become self-employed to survive economically.

Francis Menassa mainly enjoys to travel the most because it makes me feel free. He lost his freedom for a year of his life for something He did not do when Francis Menassa was a teenager and it basically took away 6 years of his life in waiting. So now it means everything to me. Just to be free. Francis is glad for all the struggles I have had in his life though. They either brake you or make you stronger and they have inspired me to do things that I would have never dreamed of or accomplished without the obstacles in his path.

Fr. Menassa life is the best it has ever been and he desired only to keep making more memories that he will remember for the rest of his life. The memories we have are the most valuable thing we can own.

Menassa first trip was to Namibia for 7 days. Then later in 2017 He went to Nigeria, Angola, South Africa, Egypt, Togo for 3 weeks.

On August 13 th, 2017 Francis Menassa started his 129 day trip that covered most of Europe, The Middle East (Jordan, Israel, United Arab Emirates), South America (Bolivia, Venezuela, Uruguay, Paraguay) and technically Asia in Cappadocia, Turkey. Menassa still have not seen really any of Asia and that is next next goal!

His goal is to see as much of the world as he can and hi would like to make Asia my next stop including countries such as Japan, China, Mongolia, Austrailia, New Zealand, Papua New Guinea, Myanmar, Cambodia, Korea, Vietnam, Thailand, Laos, Philippines, Malaysia, Brunei, Indonesia, India, Nepal, Bangladesh.

Francis Menassa hopes to reach 100+ countries one day and sees most of Asia in his next trip and then one more future trip to Africa down the road.

Cynthia Spencer Hospice provides specialist palliative care for people diagnosed with life-limiting illnesses and their families at the Hospice in Northampton and across Northamptonshire through our Hospice@Home Community Care Team; helping patients to enjoy the best quality of life possible

Charity Registration No. 1174402
Find out more about charity fundraising