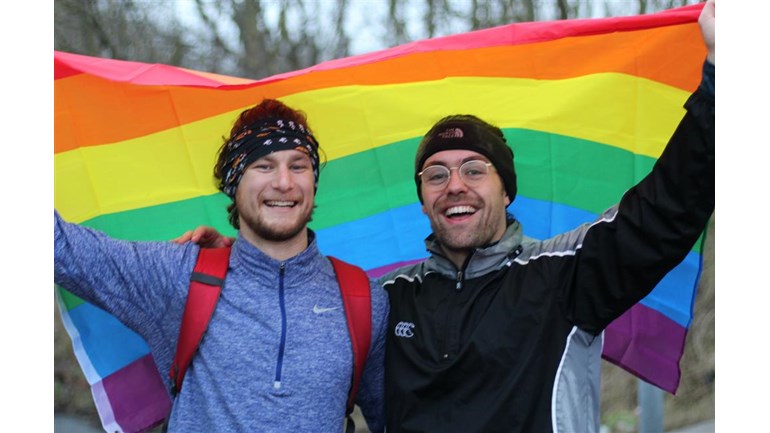 The two grandpas have got a small challenge lined up this winter – running (/walking) 72 miles in 24 hours.

We’ll be doing this up the coastline of the North East, starting in Tynemouth and finishing in Scotland on the 21st December, the day before the Winter Solstice.

That’s 72 miles for the 72 countries around the world that still to this day criminalise same sex relationships. While some countries are becoming increasingly tolerant, others are becoming even more repressive.

Therefore, we would like your help to raise money for the Kaleidoscope Trust – a charity that works to uphold the human rights of lesbian, gay, bisexual and trans people internationally.

So, calling all kings, queens and in-betweens, please help us to show support by donating any spare pennies that you can via the big purple button…

The Kaleidoscope Trust is a UK based charity working to uphold the human rights of lesbian, gay, bisexual and trans people internationally. We believe that the rights of all people should be respected equally, regardless of their sexual orientation or gender identity.

Charity Registration No. 1146274
Find out more about charity fundraising