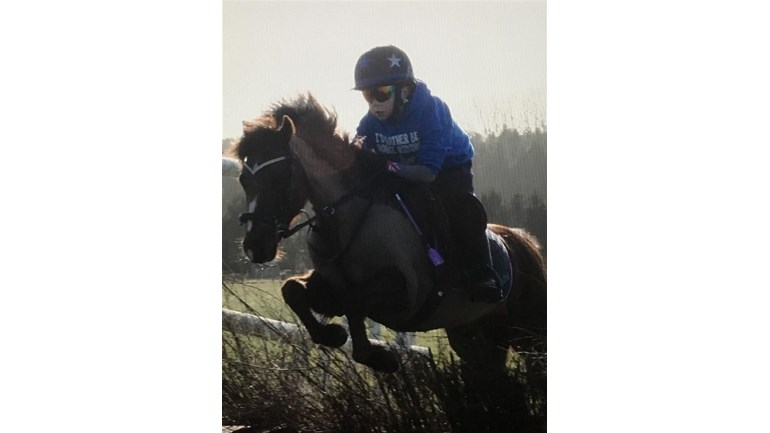 We fund equipment, research and facilities to support patients across our hospitals

On Wednesday 28th September 2016 Freddie woke up feeling unwell, tired and lethargic, Which kept him off school due to this being quite out of nature for him,, thankfully he seemed to recover during that week.`

However, on the Saturday he started coughing and then spent the next 24 hours on the clinical decision ward at the John Radcliffe hospital before being sent home.

Between the Saturday and the 12th of October little Freddie was admitted to hospital 4 times, once he spent over 7 days staying in hospital for observation. He was discharged on the 11th October around 6pm, by 4pm on 12th of October Freddie became very unwell, an ambulance was called and they rushed him to A&E, after numerous back to back nebulisers, blood tests, and a cannula in his hand Freddie didn't show signs of getting any better, he was then rushed to rhesus and intensive care. Around 11pm on the 12th of October Freddie had to be intubated as he was able to breath in but unable to breathe out, resulting in suffocation from the inside out.

The follow week Freddie remained being intubated with drugs and sedation, physiotherapy was given to Freddie's lungs to try and remove the bug that was on his lungs, his right lung collapsed and leaked air pockets around Freddie's body.

After a week Freddie was bought round from sedation but showed worrying signs including shouting and baby like actions, at first doctors thought that this was a come down from the sedation and medication, however a phone call at 2am told a different story.

Freddie was rushed to PITU (Paediatric Intensive Care Unit) where another intubation was required, an MRI and CT scan showed that Freddie had swelling on his brain, doctors later said that this was most likely caused by the trauma the body had gone through.

Freddie then spent the next 5 days in PHDU (Paediatric High Dependency Unit) before being moved on to the childrens hospital, onto the Bellhouse Drayson ward. The Fletcher family were then discharged on the 28th of October.

Since the 28th of October Freddie has been admitted another three times, each occasion totalling a week in the Bellhouse Drayson ward.

Thankfully since the last admittance Freddie has been at home, he is on daily steroids and inhalers but he is slowly returning to his bubbly self!

The one thing that kept Freddie going was the thoughts of his little pony Tommy, with only three days difference between them Freddie is learning each day as much as Tommy, the bond between them is undeniable!

Freddie loves all things equestrian and has a dream of becoming a jockey, he had the opportunity to meet Leighton Aspell (his idol), Freddie has met some very well known names within the Racing world, ridden world class winners and had training from professional riders and instructors.

Freddie is aiming to compete at the Isle of Wight Grand National in March and is looking to raise money for the Children's Hospital and Ronald Mcdonald House who very kindly put the Fletcher family up with double rooms with en suites, communal kitchen, living room and laundry room so that they were never far away from Freddie.

The Fletcher family would like to send a massive thank you to everyone who helped raise funds for the family during this tough time.

Oxford Hospitals Charity helps transform our local hospitals - the Oxford Children's Hospital, John Radcliffe, Horton General, Churchill and NOC - funding the latest medical equipment, research and facilities.Thank you so much for your amazing support. Find out more at www.hospitalcharity.co.uk

Charity Registration No. 1175809
Find out more about charity fundraising