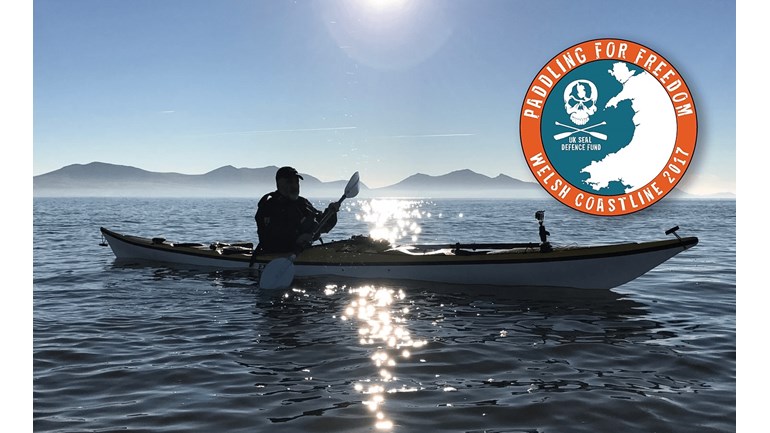 The challenge aim is to raise enough funds to both cover the legal defence fees incurred during Sea Shepherd UK's Seal Defence Campaign in 2015 and to help fund our new campaign actions in 2017.

Back in 2015 the North coast seal defence team leader, John Legg, was arrested in Scotland and was charged with an unprecedented and curious amalgam of two different Scottish common law offences:
1. Culpable and reckless conduct, and
2. Breach of the peace.
The charge read:
---
“On 10th June 2015 at Spur Point, Murkle, by Thurso, Caithness, you John Legg did culpably and recklessly knowingly make efforts to walk in front of J.P. [seal marksman] whilst he was preparing to discharge a firearm placing yourself in a position of danger to the alarm of the lieges”
---
Basically John was charged with recklessly endangering his own life by walking in front of a seal marksman who had a live firearm pointed at a grey seal (and had managed to fire one shot already at the seal).

Sea Shepherd UK and John were determined to fight this ludicrous charge as it looked to be designed specifically to set a legal precedent with far reaching implications for any activists from other groups engaged in similar campaigns.
The case dragged on for months ending up after legal arguments with a trial date at Wick Sheriff Court. Then only hours before the trial Sea Shepherd UK's legal team successfully appealed to the senior Procurator Fiscal ending the farcical legal case.
John's legal defence came at a cost to Sea Shepherd UK and now John has undertaken this challenge to ensure that those costs are recovered (and more), enabling Sea Shepherd UK to continue with new campaign actions to defend Scotland's seals.

The team's aim is to raise £10,000 from sponsors for a marathon 9 day Kayak challenge of 250 miles between Conwy in North Wales, around Anglesey and down to Tenby on the South Wales coast.

Sea Shepherd UK is a marine conservation charity whose aim is to end the destruction of habitats and poaching of marine wildlife around the UK & across the world’s oceans. Sea Shepherd UK uses innovative tactics to investigate, expose and take action when necessary to defend ocean wildlife.

Charity Registration No. 1110501
Find out more about charity fundraising