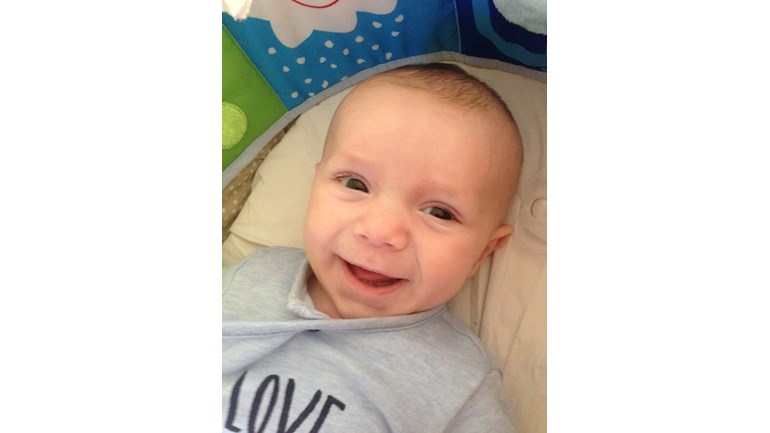 Our son Teddy was born December 11th and everything seemed fine. A few days later we were admitted to Stoke Manderville Hospital with a suspected chest infection. Three days later Teddy almost died and was rushed into theater. We were basically told he was going to die and when two of the nurses left the room crying, well that will stay with me forever. As it turns out he had a very rare heart condition that only around five children a year are born with. Amazingly they managed to get him to hang on.

Teddy was then retrieved by the specialist Southampton PICU unit who cover the whole of the south. We then spent 27 days in intensive care with him as they tried to get him ready for an operation. It turned out Teddy has a small left ventricle in the heart, a long narrowing and a defective Aorta. On top of this his lactic acid had gone from 1.5 to 10 and the PH level of his blood had dropped to 6.8 (anything below 7.1 struggles to sustain human life). This meant that his Kidneys, Lungs, Liver, Spleen Stomach and Bowel were all failing as healthy circulation had been cut off. For the first few weeks it was an hour by hour wait.

Then his surgery had to be brought forward as he reversed
his circulation and filled his lungs with blood. An amazing consultant and doctor spent 24 hours with him keeping him balanced and he had different pulses all over his body. We were given a twenty percent chance of him coming through the operation which again he amazingly did.

After that things improved and he moved from intensive care to the ward and then eventually to Oxford Hospital. Incredibly, seven weeks later he is now at home and recovering. He will always be a cardiac patient and will have to be monitored for the rest of his life but he is like a baby should be at least for now.

Two charities very much helped us through this. The first was Ronald McDonald House who provide accommodation around the hospitals for parents of sick children. Without them we would have had a four hour round trip each day to Southampton or simply slept in the car park. They helped us again at Oxford to stop our 100 mile round trip each day. The second charity is the Friends of PICU charity which raises money for the specialist children’s unit at Southampton.