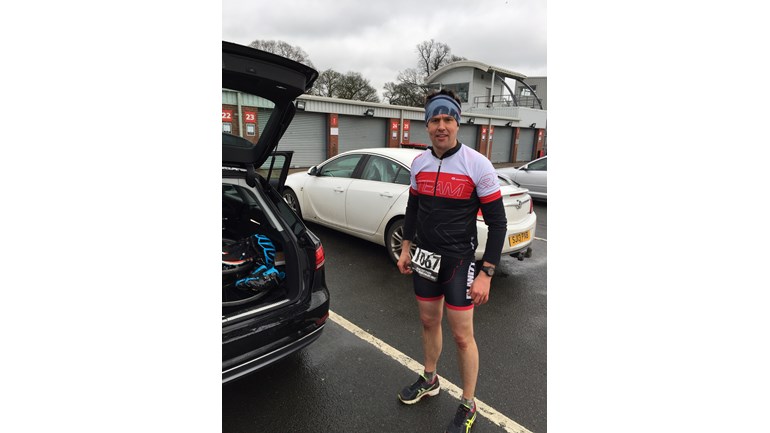 National 3 Peaks, CYCLING between the mountains for Children's Burns Trust because every child deserves a chance!

On average, in the UK, over 6 children a day receive life changing injuries caused by scalds and burns. Although every effort is being made by The Children's Burns Trust nationally to educate and warn families, sadly, accidents still happen. These children are affected both physically and psychologically with life changing injuries which act as a constant reminder of the horrific incident.

At Rosenbauer UK we are very much a family orientated firm who feel this charity does fantastic work, not just in education and prevention but also in rehabilitation and stress relief for both the parents and children affected. Working in the Fire and Rescue Sector we clearly see how prominent this issue is across the UK and anything we can do to help can only be a good thing. As a result I am attempting to complete the National 3 Peaks Challenge with a twist. The event will comprise of summiting Ben Nevis, Scafell Pike and Snowdon (totalling 42km and over 3000m of climbing) with the transitional phase between each mountain being undertaken by bicycle (totalling 697km and over 7,900m of climbing). The challenge will be attempted as a non-stop event, to be completed in less than 55 hours.

Please help to release the potential of the children affected and allow them to flourish with professional rehabilitation and care. I am doing this event as I believe that every child deserves a chance and any donation would be greatly received. Even the smallest amount of money donated will go some way to improving the life of a physically and psychologically scarred child.

The charity is dedicated to providing rehabilitation support for burned and scald injured children & their families as well as prevention & awareness campaigns. A burn injury is for life, the scars are physical as well as psychological and can present life long challenges. Your Donations are vital.

Charity Registration No. 1082084
Find out more about charity fundraising