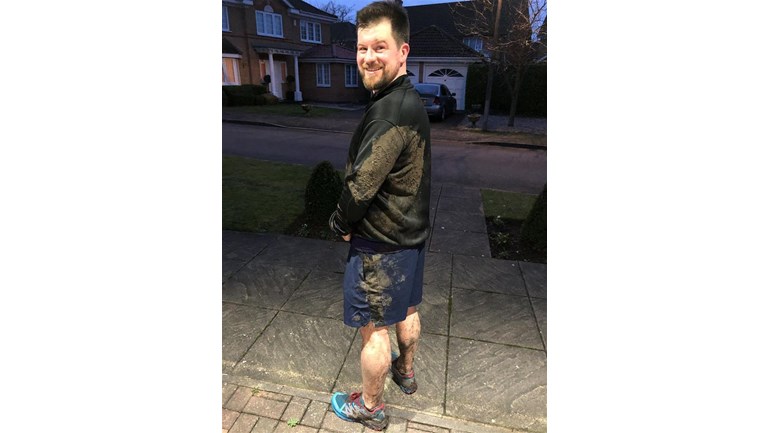 Our amazing London Marathon team are taking on 26.2 miles to raise funds to improve diagnosis and treatment, and to fund research into a cure.

After a year or so of uncertain hospital visits, tests and pain, in 2007 I was eventually diagnosed with Crohn’s disease.  The uncertainty about what this incurable disease might mean for my lifestyle was pretty terrible. Fortunately for me, over most of the following 10 years I was able to continue just with a whole bunch of medication (and the nasty side effects), a number of hospital visits and some lifestyle changes.  One of these lifestyle changes was to take up running, this was primarily to help deal with the day to day pain but also as a challenge to myself to ensure that I remained in control of the disease.

In 2018, things took a turn for the worse and the normal increase in medication was not working.  I spent pretty much the whole second 6 months of the year in constant pain.  Various tests couldn't identify quite what was going on but it did lead to a change in medication.  Unfortunately it came a bit too late and in December 2018 the Crohn’s disease ate my bowel.  After 7 hours in the emergency theatre I woke up to discover that a 40cm length of my bowel had been removed.  Following surgery and a couple of weeks in hospital one of the first things to address in the recovery period was regaining the strength to walk, so with some physio and a lot of determination over the next few months I set about this task.  Sometime, during this phase I decided that I really wanted to do something to raise some money for Crohn’s disease and running a marathon seemed like the biggest challenge I could think of at that time.

Fast forward a year and I am taking on the challenge of running the 2020 Virgin Money London Marathon.

I have always been very private around my condition as couldn't really face the burden of having to answer all the question around 'how are you feeling', 'you look ill today', etc.  But for me, an extra part of this challenge (and maybe as hard as the training) is about being a bit more honest and sharing a little bit more.  And hopefully this will be another step in helping me to live better with this condition.

I should stress that I do have it pretty good all things considered, there are many thousands of other sufferers out there, who are in a much worse place than me and really do need support.  The vital money that is being raised will enable critical research, support and awareness about Crohn's and Colitis making a difference to the thousands of people living with these lifelong conditions.

Our amazing London Marathon team are taking on 26.2 miles to raise funds to improve diagnosis and treatment, and to fund research into a cure.