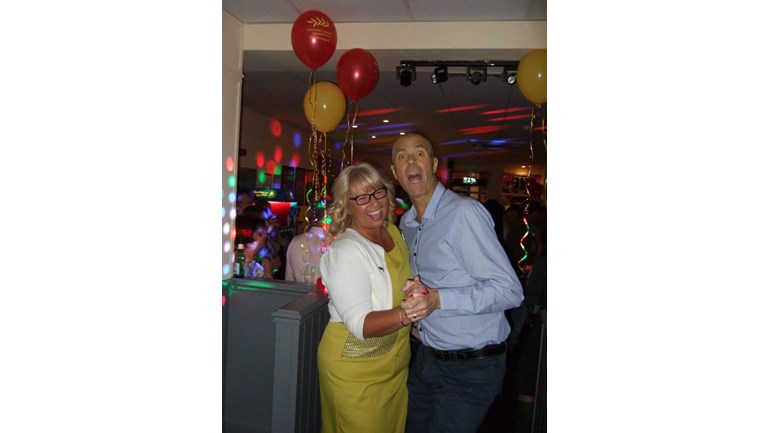 Blowing a Rasberry to Cancer

doing a triathlon for Pancreatic Cancer Research Fund because my uncle died from pancreatic cancer.

We research early diagnosis and treatments to beat pancreatic cancer.

** The schedule for Saturday (July 6) is as follows. Any support along the route would be appreciated.

Part one: One-mile swim (8am start)

Going to be biking from the Hudson, to nan and grandad’s, in a bit of an odd shape loop with Charlotte’s dad. Will head out across A10 way (like Tottenhill I think), and then come back through some of the villages to eventually end up crossing the A17 and ending up in Popes Lane

From nan and grandad’s, by mum and dad’s and to the Rec.

Left before the Rec (Churchgateway), by the church, by the school and right at Benns’ Lane

By Kelly & Jake’s house. All the way up to the top of the road (tennis court side of Rec)

Left and out onto the main road

Turn left, down past where Alan’s Nan used to live, and up to the Burnhams

Spin straight back round (used to increase mileage), back by Nan Jarvis’ and up to main road

Turn left, by Flowers, by Shoestring Barn, and up main road into Clenchwarton

Go over the old bridge, through South Lynn, and up to the Southgates roundabout

Up London Road into town. By Library, by swimming pool, all the way past the old Pilot (or Zoots if you will)

Turn right into what was called ‘North End’.

Take third right down George Street – turn right at the end and come back out by the Retreat Pub.

Back by Zoots and head towards college. Over Dodman’s Bridge, by college, by KES, by Strikes, and turn right into Gaywood (at Wilco’s garage)

By where Aunty Mary and Uncle Ted used to live. Down to the end of the road. Follow it round

Back by Gaywood Primary School. Back by high school. Up and out by Wilco’s.

Up the main road, by ‘River Lane’ and up to Mill Lane

* This page, and our fundraising efforts, are now being done in my uncle's memory. He was diagnosed with inoperable pancreatic cancer on Monday May 13. He sadly died, aged just 52, on Wednesday June 19. After his diagnosis he played a large part in supporting and helping to organise my triathlon - especially the 14.7-mile run at the end which my twin sister Kelly King will be embarking on with me. So on July 6 we will come together to remember our uncle and complete the challenge he knew we were going to.

In May 2013, my uncle Alan Rasberry was given the devastating news that - at the age of just 52 - he has inoperable pancreatic cancer which has already started to spread.

Obviously, it's been a hugely difficult time for Alan, his family and his friends. But one thing has shone through during the past month or so. And that is Alan's unswerving bravery, desire to leave a legacy and his ability to create positivity in the face of heartbreaking adversity.

Thanks to some friends who organised a social gathering - aptly named Blowing a Rasberry to Cancer - almost £6,000 was raised through a variety of means on the night.

Unfortunately, I was unable to attend the evening and now feel I have to play my part in his amazing drive to ensure more awareness is created about the pancreatic form of the disease.

So, on Saturday July 6, I will be completing a 52-mile triathlon to raise more money for the Pancreatic Cancer Research Fund.

I've never completed a triathlon, let alone the shorter sprint or Olympic standard versions, and know it's going to be a physically tough challenge. Some might say I should have given myself longer to train for it (just under a month). But my uncle had no chance to prepare for the devasting news he was given last month. He faces challenges every day and has inspired me immensely - hence my desire to challenge in this fundraising effort.

My day will start with a one-mile (64 lengths) swim at Wisbech's Hudson Leisure Centre from 8am. After that, I will don my shorts and cycle 36.3-miles from the town - alongside my girlfriend's father who is a keen rider and has done Land's End to John o' Groats for a cause dear to his heart - out towards the A10, and back to my nan and grandad's house (Alan's mum and dad's) in Terrington St Clement - the village where Alan spent his childhood.

There I will, joined by my twin sister Kelly - who is also raising money for Pancreatic cancer - to embark on a specially-mapped 14.7 mile route devised by Alan. If you want to make a donation to my sister online, do so here, as all the money we raise is being put together. She, and I, will also be collecting sponsorship offline.

We will pass a number of places, and more importantly houses, that have played a large part in his life. Some are where family members past and present have lived. Others, for example, are schools he has attended. The run will take us from Terrington St Clement, through Clenchwarton and West Lynn, out to the 'old' North End, across to Gaywood and eventually ending up at Alan and his wife Lindsey's house in Mill Lane, King's Lynn.

Anything you can donate would be hugely appreciated by myself, my sister - and more importantly Alan. After all, he is why we are doing this event.

- Since launching this appeal, my sister's husband's grandad has also been told he has pancreatic cancer. So it gives her, and us, an extra reason to keep raising money.

*Thanks for taking the time to visit my JustGiving page.

Pancreatic Cancer Research Fund is the only national charity dedicated solely to beating pancreatic cancer through research. Survival rates are low, so new research is vital. In the past, this cancer received little attention. With your help, we can change this so more people beat pancreatic cancer.