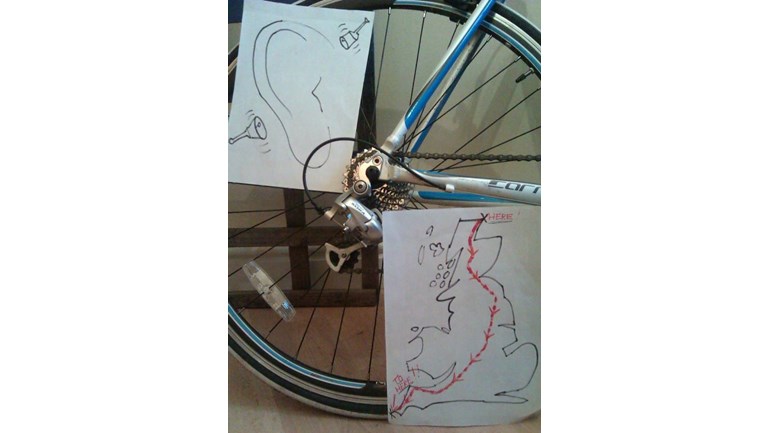 We offer support, advice and information to people with tinnitus and their families

Hearing a constant noise in your ears is something that can happen to anyone, at anytime. Learning that it might never go away, and getting your life back in order around it, is something done best with help and support. I got tinnitus three years ago, aged 36, for no reason at all. It simply appeared one morning, and stayed. Mine is a hissing noise, strongest in my right ear, and loudest just when I do things below the noise level of 'normal conversation', like reading and playing the guitar. For two months I thought I'd never be able to concentrate on anything again - it was like the worst sort of irritation - only the lack of pain prevented me from describing it as a mild form of constant torture.

...then one evening, I went to theNorth-East Disability Forum's tinnitus group in Shiremoor, near Whitley Bay, North Tyneside. Here, finally, I was able to talk to similar sufferers, get understanding, and understand where I fitted into a problem which, when shared, began to seem comprehensible. I heard people who had it just like me, others who had it worse, those to whom it was a symptom of further issues, such as Meniere's Syndrome, and younger people, who'd got it simply due to some loud night spent too close to high frequency speakers, months earlier. Uniting them all was the acceptance that they would never know true silence ever again, coupled with the utter refusal to let this impede their lives in any way

That talk was the most important step in getting what I have today: acceptance of the noise in my head, to the point that I only notice it now when I choose to. It's still as loud as ever, but my brain (small though it is..) has learned to focus again on the more interesting noises outside my head . Most tinnitus sufferers will get to this stage, but the issues are WHEN and HOW. Had I not had the support, it would have taken so much longer.  However, I've heard that some never get to this point.

When tinnitus sufferers are helped to accept their situation, they either choose to simply get on with their lives, or get involved in helping new sufferers to get back on track.  I found myself being one of the former, but I've always wanted to do something to help that 'accustomising process', and those who work in doing the latter. That's where this bike ride comes in..

It'll start on 17th of June, and I hope to finish it on 9th July - give or take rest days.  I'm hoping on around 50 miles per day, although I'm not familiar with the landscape of the Scottish highlands, and Devon and Cornwall. I'll be staying in camp sites along the way, and carrying little more than a tent, bag, and sleeping bag. The route will go through Wick, Dornoch, Inverness, Aviemore, Pitlochry, Perth, Edinburgh, Jedburgh, Newcastle, Northallerton, Leeds, Sheffield, Nottingham, Leicester, Leamington Spa, Cirencester, Bath, Glastonbury, Tiverton, Barnstable, Wadebridge, Truro, and Lands End. If anyone wants to help me out anywhere with somewhere more comfortable to stay than a tent, it'll be greatly appreciated!

We are the only national charity specialising in tinnitus support. Our vision is a world where no one suffers from tinnitus. We aim to fund research because; we want a cure, we will drive and demand progress. Help people; we want everyone to know what tinnitus is, how to prevent and manage it.