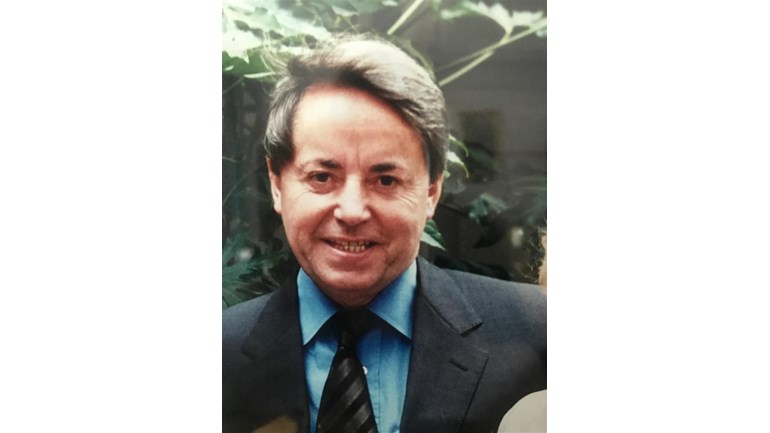 In memory of George Ryder

We are collecting contributions for Bloodwise (formerly Leukaemia and Lymphoma Research) because our beloved George Ryder has passed away.

Giving in memory to Bloodwise

Share, celebrate, remember: by giving in memory, you remember and celebrate your loved one whilst changing the lives of others affected by blood cancer.

My beloved father George Cole Ryder was diagnosed with Acute Myeloid Leukemia (AML) on February 20, 2018. Fit as a fiddle at 75 years young, he was upbeat and determined to beat his illness. He was instantly a hit with the nurses, who experienced his irrepressible Irish humor daily, during the dozens of daily treatments he underwent. His doctors at UCLH in London said he was responding to the chemotherapy as well as could be expected. We were all expecting him to come home after his first round of intensive chemotherapy, supposed to last 32 days.

Halfway through, on March 11, he was delighted to receive photos of his newborn granddaughter, Isobel. Just a few weeks later, he suddenly developed pneumonia. With his white blood cell count too low to fight the infection, the doctors were unable to halt its spread from his lungs to all his vital organs, and we lost him at around 10.20pm on the evening of March 27. We were with him, surrounding him with love, as he passed away and began his journey heavenward.

AML is a rare blood cancer that typically affects children or those over 60. It arrives completely out of the blue, with no known cause, aside from a possible link to benzene-exposure. Symptoms include flu-like symptoms, fatigue, unexplained bruising and bleeding--my dad thought he had the flu for many months until a blood test revealed abnormally low levels of white blood cells, indicative of AML.

AML will kill within months if left untreated. The treatment is several aggressive cycles of in-patient chemotherapy, often followed by a stem cell transplant, which puts many patients into remission for many years, occasionally a lifetime. There are many now advocating the use of cannabis oil in the long-term management of AML, in combination with traditional treatments.

But life is always complicated for those with AML, even the long-term survivors. For them, a simple cold, or accidentally eating a mushroom or some blue cheese (fungus is the enemy of AML patients), contact with pets, eating raw vegetables or even taking a walk on the beach, can put their fragile lives at risk. I've learned so much on this journey with my dad, and only wish we could have had a little more time together. We were so determined to get him home, but fate had other plans.

Please consider donating to this fundraiser we have started in my father's memory, with funds going to Bloodwise, a charity offering support to families in the UK going through this difficult disease. Every penny counts. Through them and us, my father's courage, kindness and joie de vivre live on, forever.

Giving in memory to Bloodwise

Share, celebrate, remember: by giving in memory, you remember and celebrate your loved one whilst changing the lives of others affected by blood cancer.

Charity Registration No. 216032
Find out more about charity fundraising