Ghost The Musical
Fundraising for BBC Children in Need 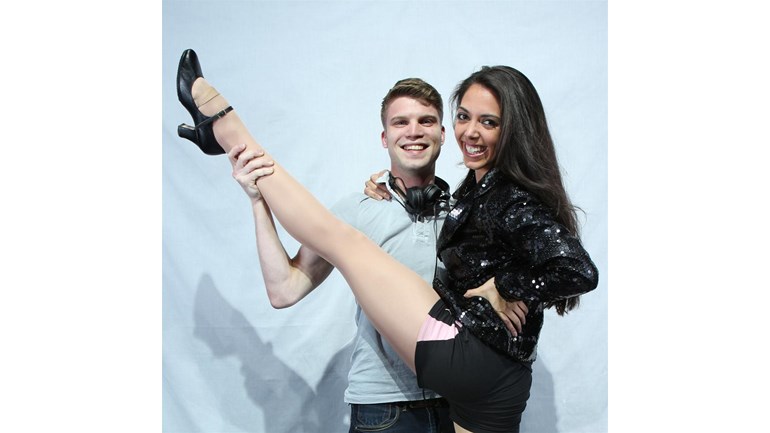 Fundraising for BBC Children in Need

We fund people, projects and charities to change young lives in the UK

Gabriela Garcia... Where to begin? A mexican dancer and actress thrown into the english musical theatre scene at 16 where she had decided to train. Currently 2nd Cover Molly and the part of “Screaming woman” (A role she reprises off and on stage at any available opportunity..) in Ghost The Musical, Gaby has also starred in such hit shows as Sweet Charity and Rent.

Jaye Elster, my other partner, Is currently dance captain on Ghost. A role which is very much like a captain in the military, but without the uniform. Spending most of her time shouting at various members of the company (me included now), Jaye has managed to gain somewhat of a feared reputation amongst the cast and crew. Before this she has performed in 42nd Street, Singin’ In The Rain and many more, as well as choreographing various shows.

Keeping these two in check is me, Jack Brien, Currently the Sound No.1 on ghost. Many of you may be thinking why I have ended up with two partners. The truth is, as a very close to semi pro dancer myself, the organizing committee decided it would be unfair to allow me to only have one partner, therefore I have the task of getting these two “Whipped into shape” and “Stepping in Time” (A little musical joke there for all you fans). I hear you asking “Why are you doing sound on the show when you are so talented as a performer and elegant onstage?”, well firstly thank you very much for the compliment, its not often I get noticed these days because I have a shy and reserved character. In response to your question, I decided to become a sound engineer because of my workout regime, I had unfortunately gained so much muscle mass working out that it was a danger to anyone within a meter radius of me onstage, (Please do not worry yourself’s, for the good of this competition I have lost the vast majority of my manly physique.. Its for the children after all.)

With the help of our fantastic supporters, we are able to change the lives of around half a million disadvantaged children and young people in the UK every single year. Find out how we will use your information here - www.bbcchildreninneed.co.uk/privacy or contact us at pudsey@bbc.co.uk