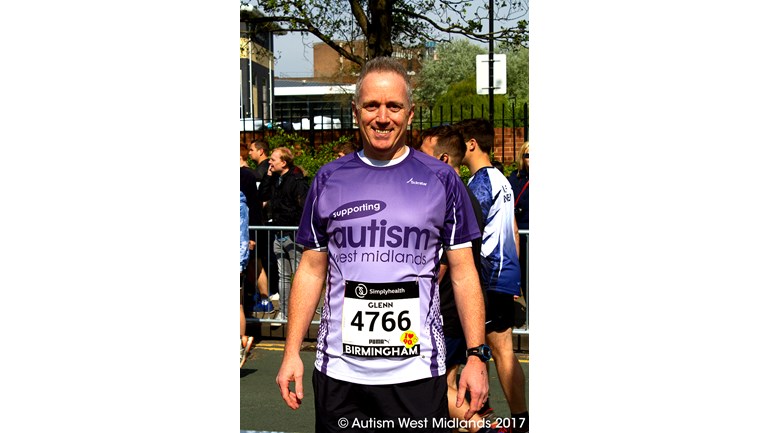 In September 2016 our son George (8) was diagnosed with Autism Spectrum Disorder (specifically Asperger's Syndrome). In the years leading up to this diagnosis my wife Caroline and I have at times felt overwhelmed by it all. Thankfully we found Autism West Midlands who have been able to provide invaluable support and guidance to us.

As some of you will know, In recent years I have taken up running, mainly to improve my fitness, and this has led me to take part in a couple of 10Ks and Half Marathons. Not long after George's diagnosis I saw that the inaugural Birmingham International Marathon was being advertised for October 2017, so perhaps in a moment of madness or blind optimism I decided to sign up!! Running my first Marathon in aid of Autism West Midlands then seemed the obvious choice. Over Christmas this idea developed when I saw that the Great Birmingham 10K took place in April. This then got me thinking about taking part in a series of runs from April to October to promote the charity across the West Midlands which has led me to this challenge. The running order (quite literally!) is:

We are the leading charity in the West Midlands for people on the autism spectrum. We use our expertise to enrich the lives of autistic people and those who love and care for them. Our passionate, expert staff and volunteers work across all age groups and abilities, providing direct support.

Charity Registration No. 517077
Find out more about charity fundraising