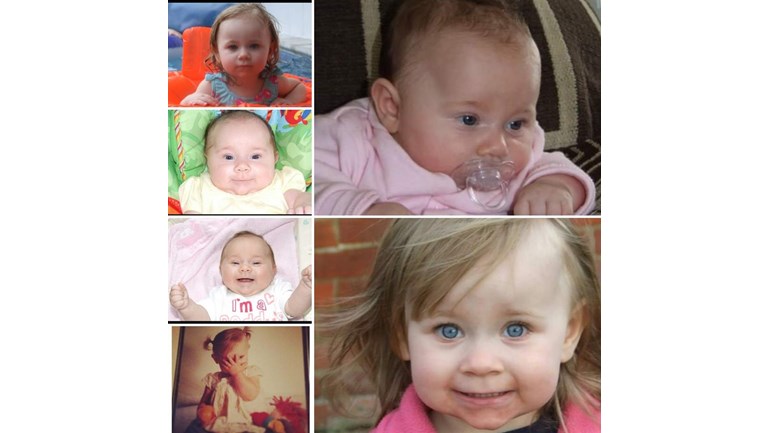 Fundraising for Friends of PICU

Thanks for taking the time to visit my JustGiving page

Donating through JustGiving is simple, fast and totally secure. All donation will go towards the PICU at Southampton General Hospital.
http://www.justgiving.com/grace-mae

On Tuesday 5th July 2011 Grace woke up early complaining of a head ache, shortly after she was being sick, at first we thought she had a sick bug but over the space of an hour she had been sick alot and her little eyes started to roll back in her head, to me this wasnt a normal sick bug and we rushed her to Basingstoke A+E.

We went straight into the triage room where we explained what had been happening and we were taken through to have more investigations done. We spent sometime here and eventually we were admitted to the Charlie Day Unit.

Grace was still being sick although not as often, she had bloods taken and we had to give her 10mls of fluid every 10 minutes. We waited for the blood test results to come back which seemed to take forever, after having a little nap on the bed Grace slowly got some energy back and was happy to sit and watch tv with her big sister Jess in the play room, she even managed to colour in her certificate that she choose herself which of course was Scooby Doo.

Grace had managed to keep some fluids down and with the blood tests coming back all clear and no obvious signs of illness we were told she did have a sick bug and we were discharged and allowed to go home .

After a very long day in hospital we were all very tired and Grace looked very drained.

Grace was quite relaxed watching tv and playing her DS when suddenly she sreamed, a scream that will haunt us forever, a scream of such pain as she shouted my head my head, immediatley after this horrific scream Grace was sick, i held her and rubbed and patted her back at first i thought she was choking and trying to catch her breath, her body went limp and lifeless for a few seconds, i remember us all screaming Grace Grace, within seconds of this she began to fit, her body so riged we didnt know what to do.

We ran to our next door neighbour shouting help us help us, we lay Grace on there floor as we called 999, i remember Grace laying there for what seemed to be ages then all on a sudden she kind of came round pulling herself up slightly and so quickly being unconcious again, whist i do not actually know if Grace stopped breathing I gave her mouth to mouth and gentle chest compressions whislt intrusted by 999.

With in minutes an ambulance crew had arrived and we have never been so helpless in all our lives, they quicly got her into the ambulance and administered drugs to help stop her fitting.

I travelled with Grace in the ambulance to Basingstoke Hospital, the amount of shock in my body made me even more useless. Grace fitted a number of times on the way to the hospital, we left Jess with grand parents and awful memories of what she had just seen happen to her baby sister.

When we got to the hospital Grace had lots of drugs and was sedated and was then taken for a CT scan on her brain. The results of the CT scan showed that Grace had a massive bleed on her brain and her sickness thoughout the day was because of this.

The PICU came to retrieve Grace and take her to Southampton General Hospital, we werent allowed to travel in the ambulance with her so we followed in the car, they informed us that the would take Grace straight to theatre and insert a drain in her skull to relieve the pressure and blood leaking around her brain.

The following day the consultants thought Grace would be ready to be woken up slowly, they lowered the sedation and we waited, we waited so long, her little eyes would flicker as we spoke to her,telling her how brave she was and that we loved her and wanted her to wake up. After a long day of trying to wake up and watching her move her little arms and legs we were told she wasnt waking up normally and she was re sedated and taken for another MRI, the results showed that the swelling wasnt going down and the doctors decided to comatise Grace minimizing all brain activity and allowing more time for the swelling to go down.

We had to make a decision of whether or not to let Jessica see her little sister all the tubes and wires were scary especially for a young girl. We choose to let Jess visit Grace. We spend hours in the unit as a family, Jess made cards for Grace, brushed her hair and painted her nails pink and purple, Jess was so brave and we all had hope. After a few more days the heavy sedatives were taken away, the numbers on the monitors looked better than they had for days and it lifted our spirits and hopes that her brain was recovering.

On Tuesday 12th July the doctors rang our room early, and we panicked, a call was never good news, We rushed to the unit and i remember the words the consultant told us, "We fear that Grace is telling us she is dying" her eyes hadnt been responding to the light, her tiny little body was stuggling to go any more, they needed to scan Grace again to see what her brain was doing.

The swelling on Graces brain had got worse, and there was also more bleeding, the doctors told us Grace was now brain dead and there was nothing else they could do and no medicine that could make it go away.

On the 12th of July 2011, we all said our goodbyes to Grace , we took prints of her hands and feet, Jessica her big sister sang her a song which was so beautiful and is so precious to them both.

Mummy and Daddy rocked her to sleep just like we used to do at home every night, we held her tight and wished for a miracle which never ever came.

Grace peacfully feel asleep in our arms and with all those tubes and wires gone she looked so perfect, so beautiful and just like our little girl, an Angel.

Our lives have changed forever, our beautiful little girl, and Jessica’s play mate and best friend taken from us, and we will always want to know why, Grace loved everyone around her she always wanted the four of us together.

The PICU never gave up on Grace, we were able to spend another precious week with her and have more memories that we will never forget.

Without these incredible people Grace would never have had the chance to fight. We owe the staff at PICU so much and their work is not recognised until we need them.

Please help to raise as much as possible.

Thank you for taking the time to read this and any donations no matter how big or small all make the difference. you may also contact me via email at hayleymurrell3@gmail.com

On Saturday 7th July 2012 we will be starting our journey to support 4 fantastic cyclist who have been planning a 240 mile cycle ride around the South on England in 24 HOURS.

Simon Hewitt, James Farquhar, Paul Mundy and Mark Barber have been trainng hard for their challenge ahead.

The guys will be starting at Southampton General Hospital at 10am and their journey will take them to the following hospitals which the PICU ambulance retrieves from, Salisbury, Dorchester, Poole, Lymington across to the Isle of Wight to New Port Hospital, a second crossing back to Portsmouth over to Chichester, all the way up to Frimley, Basingstoke, Winchester and then the final straight home to Southampton Hospital hoping to finish 24 hours later at 10am on 8th July.

We are welcoming the public to join us on the last stretch from Winchester to Southampton which is approximatly 13 miles, you will need to be at Winchester Hospital ready to follow the riders no later than 8.15am. (with your bikes)

The more people that can join in will make it so special for the riders to finish their challege with lots of support to push them on as they will be sure to need it after none stop cycling for 24 hours.

If anybody would like to sponsor or you need more info for this event please contact me at hayleymurrell3@gmail.com

We are still looking for any support for the challenge from publicity to donations or either equipment, refreshments, or cash donation. Our biggest challenge is to make the public aware of PICU and all money raised will be used to start the funding of a brand new state of the art ambulance.

Please help keep our beautful little Graces name alive by following us on our facebook event page 240 miles in24 hours; cycle challenge, or search Friends of PICU for more information.