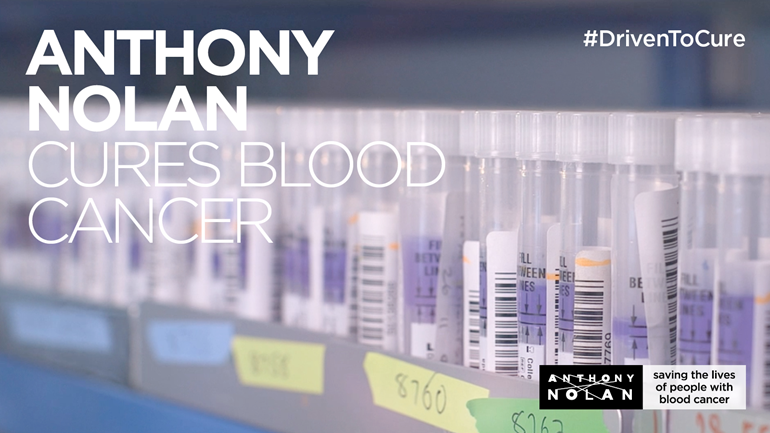 ﻿﻿﻿I was moved to raise vital funds for Anthony Nolan after feeling helpless in watching the devastating impact blood cancer has had on friends and their families.        I've witnessed blood cancer claim the career of my former Scottish Fire and Rescue Service Colleague Ally Boyle (who previously established the hugely important partnership between SFRS and Anthony Nolan), then over the last year or so I've watched my pal and retired colleague Ian Burns go through his own journey with blood cancer. Ian has been a good friend for many years and has had to receive a great deal of treatment since his diagnosis in January 2018. Sadly earlier this year Ian was told that his cancer was still very aggressive and would require further intensive treatment. It was a real blow to hear this, and to be honest at this point I felt pretty helpless. I felt I had to do something to at least feel like I was doing my bit. After signing up to do the GNR I heard the devastating news that my friend Barry Mullan's 9th month old daughter Abbie has also been diagnosed with blood cancer, and will require a stem cell transplant. I will now do the GNR for Abbie too. I will doing the GNR in the year which will celebrate the 10th anniversary of the partnership between the Scottish Fire and Rescue Service and Anthony Nolan. I hope that I can do my bit in not only raising some vital funds for Anthony Nolan but also to raise awareness of the importance of people signing up to the stem cell register in the hope that every Ally, Ian or Abbie can have the chance of a stem cell donation when they need it. ﻿

Every day, Anthony Nolan saves the lives of people with a blood cancer or blood disorder. We do this by matching incredible individuals willing to donate their stem cells to people who desperately need a lifesaving transplant. We also carry out cutting edge scientific research, fund specialist post-transplant nurses and support patients and their families through the transplant process and beyond. We won’t stop until we save the lives of everyone who needs a stem cell transplant. Every penny you donate brings us closer to that day.

Charity Registration No. in England and Wales 803716, Scotland SC038827
Find out more about charity fundraising