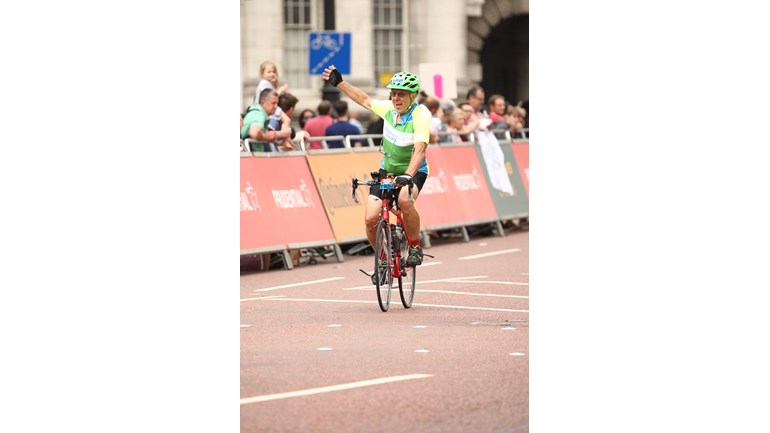 Graham did RideLondon-Surrey 100 in 2016 for Alzheimer's Society because it was challenge, and a worthy cause.

Donating to the Alzheimer's Society is simple, fast and totally secure. Your details are safe with JustGiving – they’ll never sell them on or send unwanted emails. Once you donate, they’ll send your money directly to the charity. So it’s the most efficient way to donate – saving time and cutting costs for the charity.

Why Alzheimer's? My first thought was that I would like to take part in the Ride London 2016 event. It occurred that we could raise some money for a worthy cause and I thought of my mother-in-law, Joyce, whose last years were wrecked by Alzheimer's disease.

Joyce lived a full life; here are just a few of the things we remember her for: working with German prisoners, spinning, weaving, a bee disease inspector, writer, photographer, mother, wife, a prison teacher of soft toy making, and many more, Joyce excelled in them all. But then we watched, as cupful by cupful her memories drained away and she was left like an empty shell.

During this campaign I hope to tell about some of Joyce's many happy times and achievements & perhaps I can do a double handed salute to her, as I cross that finishing line.