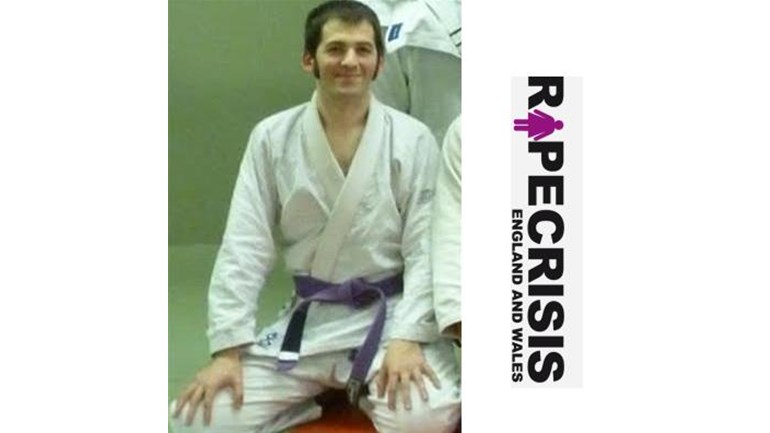 [Follow future GrappleThon events and arrange your own over at GrappleThon.org]

I was appalled when I read that a woman had been raped by two of her team mates earlier this year. I would like to turn the strong feelings about that incident towards something positive.

Hence why I've decided to run another BJJ Charity GrappleThon (you can read about last year's BJJ charity event here). We'll be raising money in aid of the important work undertaken by the charity Rape Crisis. They work to increase awareness about sexual violence, press for change and help survivors.

The BJJ Charity GrappleThon will take place from 9am on Saturday 4th May 2013 until 9am on Sunday 5th 2013 at Gracie Barra Bristol. Just like last time, we're streaming it live over the internet, on uStream. I'll also be putting updates on my Twitter. There is a Facebook event page too, with even more information about the event. :)

Please donate whatever you can spare to make a positive change (JustGiving functions outside the UK too). You can also donate via text message, by texting GRAP54 £1 to 70070.

Many thanks to GrappleThon sponsors, top BJJ artist and designer Seymour 'Meerkatsu' Yang (like his page on Facebook here) and renowned BJJ and MMA apparel company, Tatami Fightwear.

Update: Brilliant effort by everybody to raise an immense £8,651.97 so far! There was a massive turnout, with 70 people taking part from around the country and several others coming along to show their support and spectate. My full write up is here, Seymour has got one here, Hiren wrote a piece here and Pippa also shared her thoughts here. :)