Alex Coomber
Fundraising for Above & Beyond 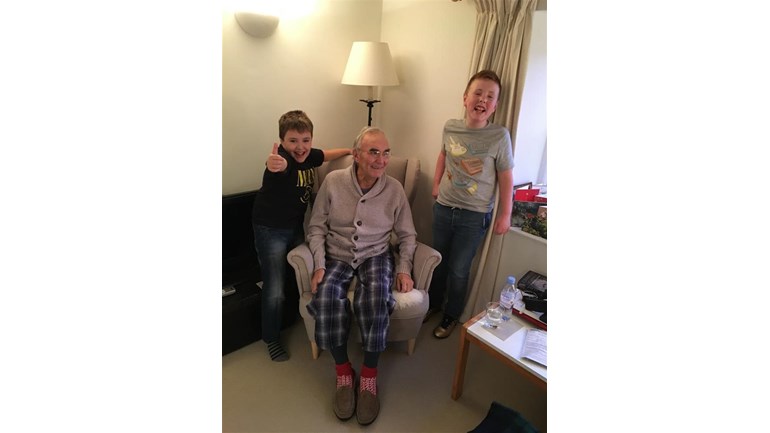 On Halloween 2018, Charlie and Harry’s previously active and very fit grandfather was taken into hospital as he had a number of silent heart attacks. He waited three weeks in hospital to be transferred to Bristol Heart Institute for what we all believed to be a routine triple bypass operation.

After two operations due to severe heart complications and a quintuple bypass operation, we were told it looked like he would not survive the hour. Somehow, thanks to the incredible cardiac team and the wonderful intensive care unit staff at Bristol Heart Institite, Harry’s Grandpa did survive the hour and very slowly began to improve. 8 weeks later he had survived all the odds with intensive medical care and was home with Harry and Charlie celebrating the start of 2019.

Whilst Harry’s Mum, Uncle and Grandma were spending every day in intensive care waiting for news, Harry (who had already decided he wanted to raise some money for a charity) decided he would do a cycle challenge to raise money to help Bristol Hospitals as they were doing such a good job looking after his Grandpa.

There was one problem - after years of trying incredibly hard, Harry still could not ride a bike!!! On Christmas Day, after weeks of frustration and tears, Harry took his first proper ride up the lane by our house on his bike. And now the challenge continues!

Harry has decided to try and ride as much of the Camel Trail in Cornwall as he can with his brother Charlie. It’s 17.5 miles each way.

He would be delighted if you sponsored him!

Above & Beyond raises funds to make a real difference to patient care in our city. Our work touches the lives of 974,000 patients who are treated at Bristol city centre hospitals every year as well as the millions of friends and family who visit them and the dedicated NHS staff who care for them

Charity Registration No. 1170973
Find out more about charity fundraising