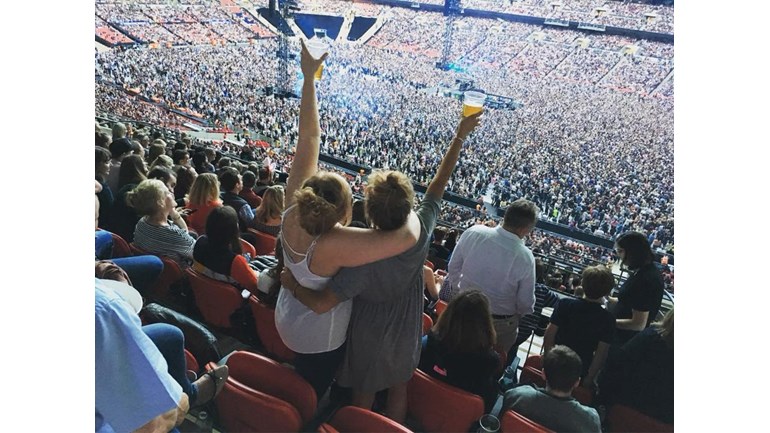 I am doing a sky dive for Crohn’s & Colitis UK because I'm terrified of heights and they saved my life.

As many of you know, in November 2016 I was diagnosed with Ulcerative Colitis (UC), a form of Inflammatory Bowel Disease (IBD) for which there is currently no cure. Not a great deal is known about IBD and why / how people have it, other than the fact it is an autoimmune disease which means that our immune systems are attacking us.

Symptoms are delightful (obviously read that sarcastically, because there is nothing fun about this disease) and include constipation, diarrhoea (yes, it is very possible to have both), blood in stools, vitamin deficiencies, fatigue, brain fog, joint pain, stomach pains and so many more. Failure to control the disease can also result in surgery to remove the diseased parts of the digestive system. This is something I had done 10 days after diagnosis, so I now live with an ileostomy. Sally the stoma!

For the last couple of years I've done a sponsored walk in London to raise money for this amazing charity, which I will hopefully still be well enough to do in the summer, however I want to do something different as well. So when my crazy ass best friend told me she'd signed up to do a sky dive, it was a no brainer that I'd sign up and do it alongside her.

Crohn's & Colitis UK is a simply fantastic charity that has literally saved my life on several occasions, and I'm sure it's saved others too. It is the leading charity raising money for IBD across the UK and continues to help patients and their families, train specialist nurses and fund research each and every day.

Any money donated will 100% go to the charity and I cannot thank you enough for the continued support I get from you guys when another of these pops up on my social media feeds.

Thank you for taking the time to read this and visiting my Just Giving page.