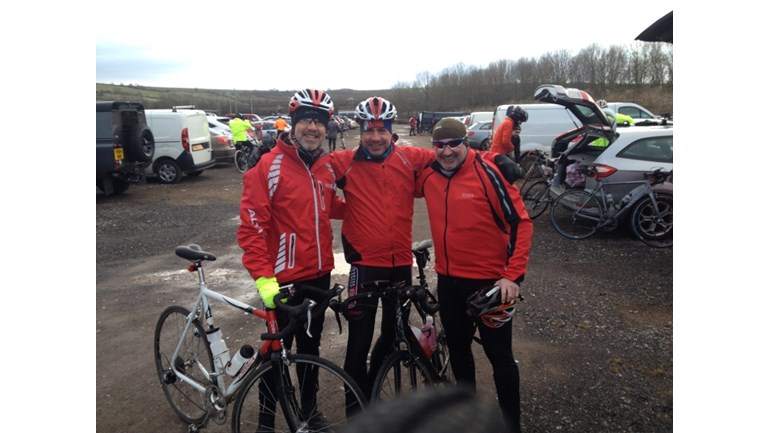 The Chestnut Appeal for Men's Health

Cape Town, South Africa, annually hosts the world’s largest timed cycle race, providing as many as 35000 cyclists with a breath-taking event during the 109 Km (68 mi) around the scenic Cape Peninsula.

In 2013 at the age of 47, I was diagnosed with Prostate Cancer after a persistent increase in my PSA levels. The cancer was found after a third biopsy and was removed. I had to undergo a series of radiation therapy and have, subsequently, been given a clean bill of health.

During this time I have had tremendous support from two friends, Kevin Baber and Darren Mugleston. Prostate Cancer also touched Darren’s family and whilst they have lost one uncle, another, Steve Barrett, also a keen cyclist, has received a clean bill of health, after his cancer was removed. I recovered, regained my strength and fitness levels through cycling, something I never would have done, was it not for Kevin’s persistence and Darren’s resolve to get me out on the road.

Because Prostate Cancer touched Darren’s family and me, my friends and I are doing a charity ride, participating in the 2015 Cape Town Cycle Tour (www.cycletour.za/) with the aim of raising funds for the Chestnut Appeal. This Prostate Cancer charity does excellent work in achieving better patient outcomes, supporting people with Prostate Cancer and making the public aware of the need to talk about Prostate Cancer.  (http://www.chestnutappeal.org.uk/)

It is important that we talk more about Prostate Cancer, that we make younger men more aware and willing to investigate concerns that could be lifesaving. I do not advocate that all men need to have radical interventions but identifying and treating Prostate Cancer early, is the right thing to do. It will ensure that the appropriate interventions are done, which could be lifesaving.

Three Blokes and their Bikes

The Chestnut Appeal for Men's Health

The Chestnut Appeal for Men's Health raises funds and awareness for prostate cancer patients across Devon and Cornwall. We also raise awareness of testicular cancer and penile cancer.