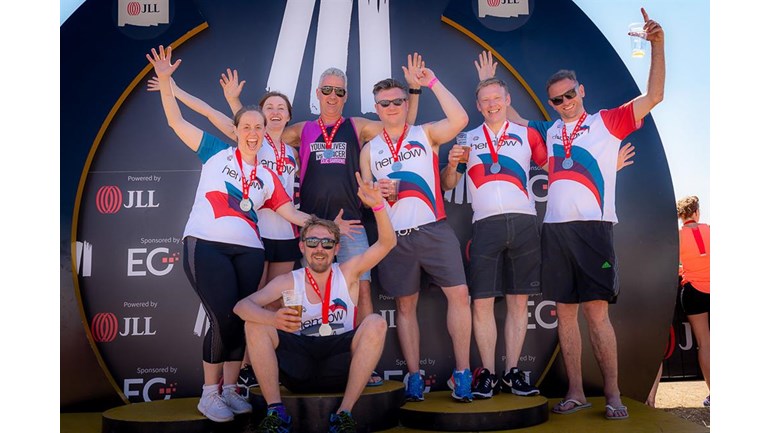 Doing our bit for Charity

We campaign, educate and support SCI people to allow everyone to live a fulfilled life

Thank you for visiting the Hemlow JustGiving page.

Each Hemlow employee was asked to nominate a charity that they'd like to support in 2019. All charity names were put into a hat with two final names selected, and then the team made a decision by voting on which charity Hemlow would be supporting. As well as taking part in the JLL Property Triathlon again this year, Hemlow will also be running several events throughout the year in order to boost donations.

SIA was a Charity put forward by Nina, a member of our Marketing team. Nina’s family has been affected by spinal cord injury when following an accident whilst out cycling in 2009 her father became a C3/4 tetraplegic. Following an extended stay at Stoke Mandeville Hospital it became apparent to them what a major role the SIA played in supporting so many other families who had also been affected – so a very worthy cause.

Our VISION is a fulfilled life for everyone affected by spinal cord injury. Our PURPOSE is to be in partnership with the SCI community to create quality and equality. Our VALUES Always be user-led in our decision making and development. Challenge perceptions and behaviours towards SCI.

Charity Registration No. 1054097
Find out more about charity fundraising