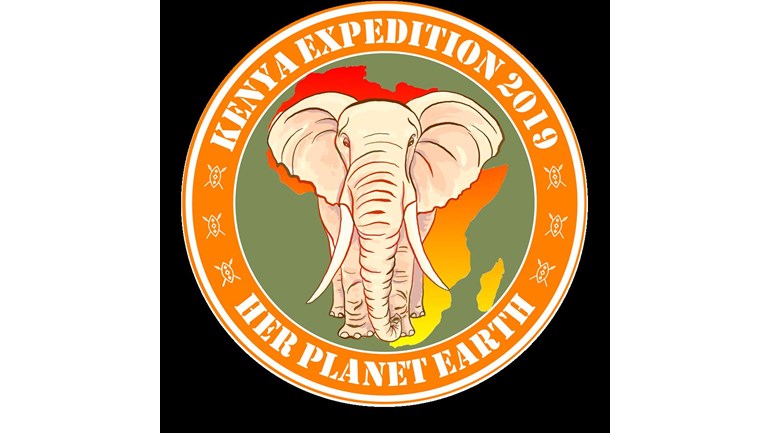 We use science and partnerships to protect the environment and people

On 1 October 2019, our self-funded team of 17 women from around the world will embark on a pioneering expedition to trek 100km across Northern Kenya’s remote Matthews range. The trail has never been attempted before and will take the group and its safari camel train on a new passage across the mountains. The team, coming together under the banner of ‘HER Planet Earth’ - a non-profit organisation headquartered in Singapore dedicated to gender equality and environmental conservation – aims to raise $150,000 USD for Conservation International (CI), a charity that works to protect nature for the benefit of humanity.

HER Planet Earth, now in its third year of operation, raises awareness and funds via challenging expeditions across the globe. Pioneering in nature, they support organisations that champion underprivileged women affected by climate change to help empower and advance their life and community. Recent HER Planet Earth expeditions have taken all-female teams to remote islands in the Philippines, Mountains in Antarctica and to the largest caves in the world in Vietnam.

The Matthews Range in North Kenya

The Matthews Range, also known as the Lenkiyio Hills, rises up out of the semi-desert, a chain of peaks covered in dense dewy forest. Dubbed a ‘biological bonanza’ by the BBC, this mountain forest is a stronghold for a wide range of species including the melanistic leopard (also known as the black panther), elephant, Colobus monkey, greater kudu, waterbuck and giant forest hogs. More than 200 bird species have been counted in the area along with more than 150 species of butterflies.

During the expedition, Her Planet Earth will meet the fascinating Samburu people, semi-nomadic pastoralists who are cousins to the Maasai. With the continent challenged by economic and political under-development, Northern Kenya is a great model for community-driven co-management of shared natural resources set in the most ancient landscape of human and animal co-habitation on the planet. The funds raised will go to support a range of projects focussing on gender equality including the Reteti Elephant Sanctuary - the first community owned and mainly female operated elephant sanctuary in Kenya, the expansion of eco-tourism facilities and the establishment and support of a mobile anti-poaching team for the region. The group will also partner with ‘Microsoft’s AI for Earth team’ to help conservationists track changes in landscape over time and will use computer vision and deep learning algorithms to power Wildbook, a platform that can identify individual animals by their spots or unique markings within a species.

Guided by expert tracker Kerry Glen and accompanied by Samburu or Laikipia Maasai guides, the women will be trekking along tough but varied terrain, including sandy river beds, ancient elephant tracks, old growth forest, plains and hilly peaks. The expedition will range at altitudes from 3,500ft to 5,000ft (or 1,000 to 1,600 metres) and in daily temperatures that could fluctuate between 10 to 30 degrees Centigrade. The team will be up early, before sunrise, walking 5-6 hours every day to reach the next camp and can expect to see big game on the walking safari.

“While climate change is a global phenomenon, its impact is not spread across a level playing field. Its effects are felt locally, and poor people suffer the most. Among the world’s 1.3 billion people living in poverty, the majority are women. That is why it is vital that we support and empower more women to play a central role in decision-making at all levels of society. Only then will environmental sustainability become a true reality,” said HER Planet Earth Founder, Christine Amour-Levar, who wants to see ‘gender’ at the heart of climate action.

HER Planet Earth’s objective is to inspire people to leave their comfort zones, including their families and homes for a certain period of time, while pushing their limits in an effort to rally support for a worthy cause. At the core of the organisation’s culture is a commitment to empower underprivileged women, a passion for adventure and a deep respect and love of nature. HER Planet Earth seeks to take participants on pioneering, self-funded, expeditions around the world, so that they can make new discoveries, flourish as individuals, but most importantly, contribute to society. By travelling in such challenging conditions, the team hopes to bring international attention to the need for societies, governments and corporations to get involved and help support climate action and women empowerment.

We know that human beings are totally dependent on nature — and that by saving nature, we’re saving ourselves. To that end, CI is helping to build a healthier, more prosperous and more productive planet. We do this through science, policy, and partnerships with countries, communities and companies. Over the years, CI has helped support 1,200 protected areas and interventions across 77 countries, safeguarding more than 601 million hectares of land, marine and coastal areas.​​ Our work is moving entire societies toward a healthier, more sustainable development path — so that we don’t use up today what we’re going to need tomorrow. At CI, we don’t focus on one sector or one issue. And we’re not interested in short-term fixes. Instead, building upon a foundation of science, partnership and field work, we find global solutions to global problems.​​ We measure success in human terms. Our ultimate goal is to protect the most fundamental things that nature provides to all of us: our food, our fresh water, our livelihoods and a stable climate. Nature doesn’t need people - people need nature.

Charity Registration No. 521497470
Find out more about charity fundraising