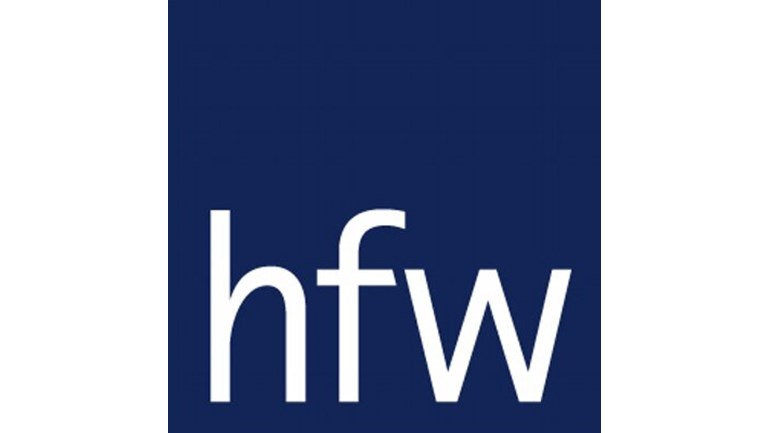 Fundraising for UK for UNHCR

We are delighted to report that the HFW Piraeus team (Michael Harakis, Vicki Tarbet, Steffi Gougoulaki and Holly Foster) successfully completed the 1k swim on Thursday (15 October 2015) morning in aid of the UN Refugee Agency with finishing times ranging between 25 and 45 minutes!

A special mention and a big thank you goes to Piraeus Yacht Club (Istopliokos) - Mr. Giannis Vogiatzis and Mr. George Niotis for their extremely kind and absolutely crucial contribution of boat hire, fuel and safety personnel without charge for the event.  The assistance made sure the event could go ahead and their offer to provide the services free of charge made it even more meaningful. Thanks also to the entire HFW Piraeus team for organising and collectively rounding up sponsorship – with a special thanks also to Lorraine Domvoglou for agreeing all the event arrangements and making sure that the event when smoothly on the day.

So far close to £3,300 has been raised and the fundraising page will remain open until Wednesday 21 October 2015 so there is still time to donate. HFW will also match the total amount raised meaning that any contribution made will be doubled.

Finally, the biggest heartfelt thanks go to everyone who has sponsored the event. The HFW Piraeus team have been very moved and motivated by the support and generosity that has been shown and are delighted to be able to contribute something positive to what remains a very sad and difficult situation.

With the intense and increasing influx of Syrian and Middle Eastern refugees into Greece and the Greek islands, thousands of men, women and children have been arriving daily on Lesvos, Samos and Kos. In excess of 400,000 refugees are reported to have crossed the Mediterranean sea, in the knowledge that thousands are also estimated to have died or gone missing before them – many of them families and young children. Despite many of the refugees having survived fierce war zones and a perilous sea crossing, the Greek islands are struggling to provide the most basic necessities of food and shelter for those refugees arriving each day.

Despite Greece having recorded one of the deepest economic depressions of any developed country, there is still a great deal of will and compassion to help those arriving. A number of local Greek charities have been set up with the aim of directly assisting the severely diminished public facilities available on the Greek islands. The number of Greek and international volunteers assisting with the crisis has been encouraging but the lack of food, clothing, blankets and other resources has often held back their efforts.

HFW Piraeus has opted to directly help one of the smallest non-profit organisations on Lesvos island. The organisation named "Angalia" or "Αγκαλιά" (Greek for "hug") was set up by a local priest (Father Stratis) and his family. Basic details of Father Stratis and of the challenges faced by the refugees can be found on Facebook and YouTube. Sadly, Father Stratis passed away in September after a long term fight with lung cancer but his charitable work continues and his family and friends remain heavily involved in the ongoing management of Angalia.

Rather than receiving money (as with most large charities and organisation), the preference of Angalia is for food, sleeping bags, toothbrushes and other necessities to be sent to directly to them for distribution. This allowed HFW to provide direct practical support with an immediate donation of €1,350 from HFW's Charity Committee and HFW Piraeus organised a pallet of tinned goods and other foodstuffs to be shipped directly to Lesvos– with special thanks to Lorraine Domvoglou and Claire Georgakopoulou of HFW (Piraeus) who negotiated the cost-price products from a local Greek supermarket as well as the transport and shipping arrangements with the courier and ferry companies.

The pallet of food left Piraeus on 21 September 2015 and arrived in Lesvos on 22 September 2015. Christina Barton took delivery of the pallet at the refugee centre soon after. Christina is a volunteer from the UK (and a well known friend to HFW Piraeus/Claire Georgakopoulou) who travelled to Lesvos to help with the refugee crisis.

In addition to the immediate donation from HFW's Charity Committee, HFW Piraeus has organised a 1km point to point sea course swimathon to take place at 09:30 on 15 October 2015 off the Piraeus Yacht Club in Castella, Piraeus. The HFW swimmers currently include Michael Harakis, Richard Johnson-Brown, Vicki Tarbet, Holly Foster, Rory Duncan and Steffi Gougoulaki – with coffee and pastries available for (donating!) supporters on the day.

For further information on how to support or donate, please contact Kathryn Hull (Corporate Responsibility Manager) on +44 (0)20 7264 8082 or by e-mail at kathryn.hull@hfw.com Donating through JustGiving is simple, fast and totally secure. Your details are safe with JustGiving – they’ll never sell them on or send unwanted emails. Once you donate, they’ll send your money directly to the charity. So it’s the most efficient way to donate – saving time and cutting costs for the charity.