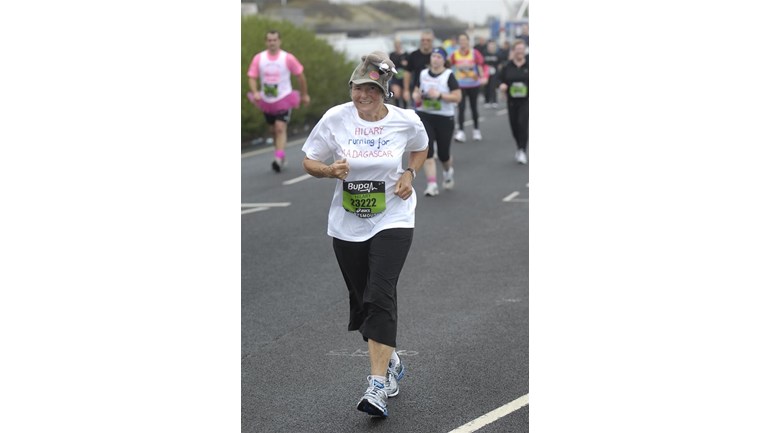 Fundraising for Money for Madagascar

We fund grass-roots initiatives to lift vulnerable Malagasy out of poverty.

I survived! It's now a week after the Great South Run and I'm absolutely thrilled at the generosity of my friends and acquaintances.

The ten-mile run actually turned out to be almost enjoyable. I wore a lemur on my head (which, as you can see, was trying to escape during the last tortuous miles; perhaps it wanted to join the man in a tutu) and I actually finished third in my gender/age group. Mind you, there were only eight of us female oldies. The fastest in this elite group came in nearly half an hour ahead of me!

The really awful thing is that I've signed up for next year. Must be mad!

This page will disappear at the end of November, but if you are coming to it late and want to make a donation it would be great. Your details are safe with JustGiving – they’ll never sell them on or send unwanted emails. Once you donate, they’ll send your money directly to the charity and make sure Gift Aid is reclaimed on every eligible donation by a UK taxpayer.