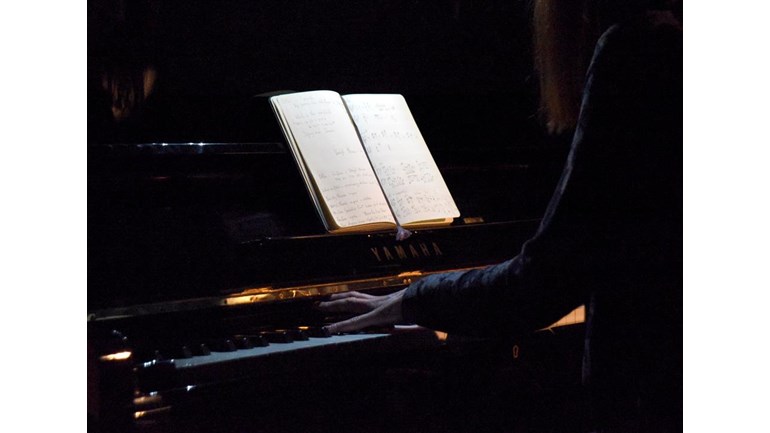 We are raising money to buy a piano for Falkirk Community Trust because HippFest musicians, films & audiences deserve it!

Thanks for taking the time to visit the Hippodrome Festival of Silent Cinema's JustGiving page.

"It's a unique celebration of the silent movie era - but the Hippodrome Festival of Silent Cinema will be far from quiet... While films will be the stars of the programme, so will be the musicians who will perform often specially-commissioned scores to accompany the moving images" - The Scotsman, March 2016

Affectionately known as HippFest, we are Scotland's only festival dedicated to silent cinema. We screen a range of classic films and rarely-seen gems, all accompanied live by world-class musicians each March in Scotland's oldest purpose-built cinema, the 104-year-old Hippodrome in Bo'ness; 2017 will be our seventh edition.

Our tagline is 'where movies and music come alive' and the range of musical styles, both improvised and commissioned give each film a new perspective and lease of life, delighting audiences from young to old.

The piano is still at the heart of many film accompaniments and every year we have to spend a considerable amount of money hiring one in. We would love to be able to buy an instrument that can be permanently based in the cinema, to give continuity and reassurance to our visiting musicians, but we need your help and support to be able to do this.

Anything you can donate to help us achieve our aim would be very gratefully received - every little counts. You will get a special place in the hearts of the Festival team and visiting performers and a thank you on our website closer to the Festival. In the meantime, thanks for reading this and please do share our story if you think of anyone who might be inspired to help.

"The Festival... is a major part of the silent movie calendar... The fact that a town this size has so put silent film on the map is something that lights up all the way down through the British Film Institute, through foreign festivals, through anybody that has an interest in silent film, and particularly anybody who works within the industry... It is actually a very big deal."
- Neil Brand, composer, writer, broadcaster and performer at festivals across the world

"It's a combination of the cinema itself, the staff, the great movies and the wonderful music. It's a package."
- Audience member, 2016

The Festival is run by Falkirk Community Trust, a not-for-profit organisation, responsible for the management and operation of a range of community-facing sport, recreation, arts, heritage and library services.

We strive to support community aspirations, deliver inspiring services and ensure we offer equality of opportunity and access for all. We deliver arts, heritage, parks, outdoors, libraries, fitness and sport for the community. We reinvest all profits back to improve services for our customers.